What began as a nice Sunday excursion high above Duisburg ended fatally for two men from Bottrop and Dortmund. 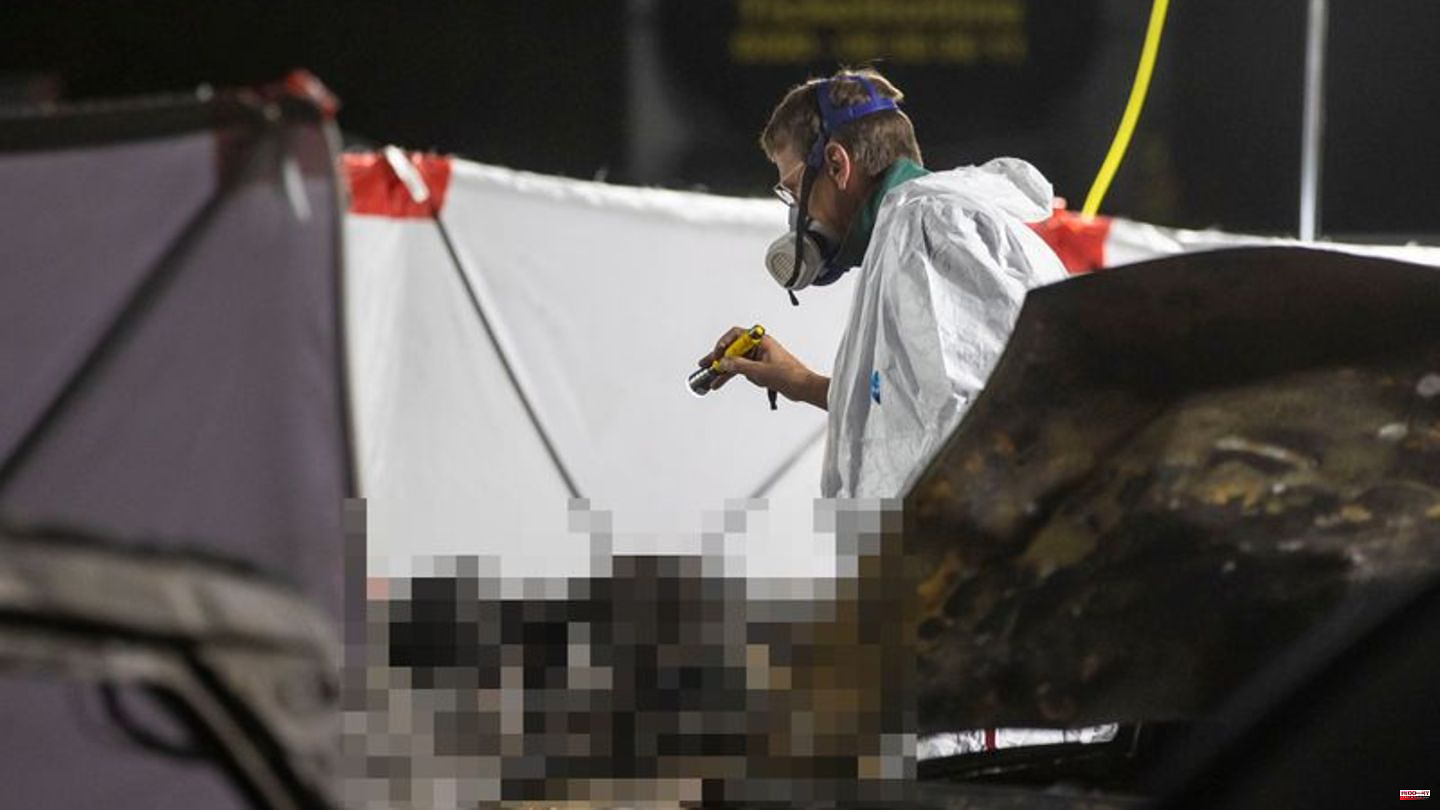 What began as a nice Sunday excursion high above Duisburg ended fatally for two men from Bottrop and Dortmund. According to the public prosecutor's office and the police, the two inmates who crashed in an ultralight aircraft in front of the Flic Flac circus and died were a 54-year-old man from Bottrop and a 77-year-old man from Dortmund. The two men took off from the "Schwarze Heide" airfield in Dinslaken on Sunday afternoon and left for a sightseeing flight over Duisburg.

No chance of survival

The small machine crashed in the parking lot right in front of the circus tent of the Flic Flac circus at around 2:50 p.m. when the men were already on their way back. The small plane immediately caught fire and burned out completely. Both men probably had no chance of survival. The identity of the crew members should still be clarified beyond doubt by means of DNA tests. According to the autopsy, the 54-year-old died of a burn trauma, the 77-year-old succumbed to polytrauma - i.e. several serious injuries. According to the police, no other people were injured.

The scene of the accident was still closed off on Monday with white privacy screens and flutter tape. Experts from the Federal Bureau of Aircraft Accident Investigation (BFU) in white protective suits and with breathing apparatus continued the investigations near Duisburg Central Station and the A59 motorway together with the Duisburg Criminal Police Office. According to the announcement, the cause of the crash was still unclear.

What is certain is that the terrible accident could have turned into a catastrophe. The accident happened just minutes before the beginning of the afternoon circus performance. The show was well attended with around 900 spectators, including many families with children. The tent offers a maximum of about 1200 places. It will have to be clarified whether it was a technical defect or human error.

Circus near the scene of the accident

The main entrance to the circus tent is only about 75 meters from the crash site. In between there is a beer garden with tables and benches, which is also run by the circus. Since the spring, the circus has had its permanent quarters there at the beginning of the former Loveparade site on the street "Am Güterbahnhof".

Circus boss Tatjana Kastein (30), who runs the family business with her sister Larissa, who is five years older, experienced the accident up close. The show was supposed to start at 3:00 p.m. Ten minutes earlier, the light aircraft hit the parking lot, billowing with black clouds of smoke. "At that point I was backstage and ran to the front with some other employees and artists. Thank God almost all the spectators were already in the tent," said Tatjana Kastein of the German Press Agency on Monday. "It was a stroke of luck. Of course we canceled the evening performance immediately."

She is deeply sorry for the two victims and their families. She was glad that nothing more had happened. "It could have been a lot worse. Of course we were all scared when we saw the big flames and the smoke."

Together with the police and fire brigade, you had to decide very quickly whether the show should start. The police then asked to carry out the performance as planned in order to avoid panic among the around 900 visitors. "There were maybe 20 people in front of the entrance at the time. I asked them to go in. They did that," said Kastein. The artists and employees were also very affected and emotionally agitated, but despite the dramatic incident they behaved professionally. "The show was unaffected."

Only after the end of the two-hour performance, which went on without the usual break, did Kastein and a police officer inform the visitors in the arena about the dramatic events outside via a microphone.

Aerial photos show that eight cars parked in the parking lot in front of the tent were completely destroyed by the fire. The burnt-out wrecks and other vehicles damaged by flying parts were initially still at the scene of the accident on Monday. They were to be taken away at a later date. 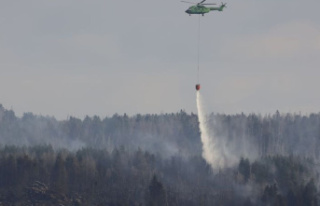 Harz: massive help from the air against a major fire...