Abuses in Ukraine: the UN tightens its grip on Moscow

The UN Human Rights Council on Thursday tightened its grip on Russia by overwhelmingly approving the creation of an investigation into the atrocities blamed on Russian occupation troops. 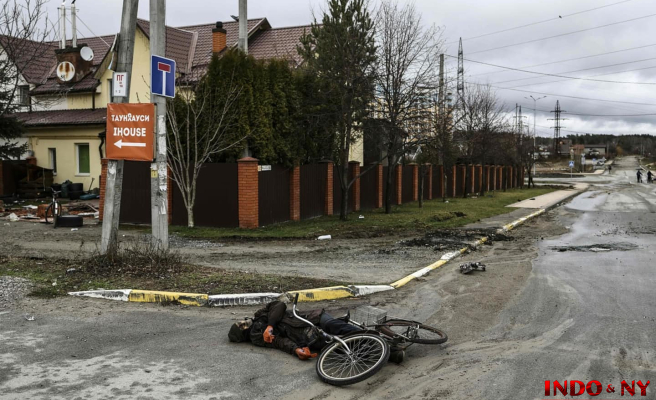 The UN Human Rights Council on Thursday tightened its grip on Russia by overwhelmingly approving the creation of an investigation into the atrocities blamed on Russian occupation troops.

• Read also: [LIVE] 78th day of war in Ukraine: here are all the recent developments

• Read also: Russian invasion in Ukraine: the UN calls for an end to the bombing of schools

“At the same time, UN representatives in New York called for an end to the bombing of schools in Ukraine, denouncing their use for military purposes.

“In Geneva, the Human Rights Council adopted a resolution targeting Russia during a special session by 33 votes in favour, 2 against (China and Eritrea) and 12 abstentions (including India, Senegal and Cameroon).

“It calls on the international commission to conduct an “investigation” into the serious human rights violations committed by Russian forces in the regions of Kyiv, Cherniguiv, Kharkiv and Sumy at the end of February and March 2022, “with a view to hold those responsible to account”.

“At the end of a first meeting on March 4, Kyiv had managed to adopt a resolution deciding to urgently create an independent international commission of inquiry into the situation in Ukraine since the February 24 invasion.

“Since then, the dissemination in the international media of photos taken in Boutcha showing bodies in the street, some with their hands tied behind their backs or partially burned, as well as mass graves, have provoked a wave of international condemnation.

“Other atrocities have been revealed elsewhere in the country, prompting Ukraine to demand 'one more step' from the Council.

“The resolution adopted on Thursday also calls on Moscow to ensure that international organizations, including those of the UN, can “immediately and unhindered access to people who have been transferred from conflict-affected regions of Ukraine and are detained” in Russia. or in territories controlled by its forces.

"The text also calls on the High Commissioner for Human Rights Michelle Bachelet to take stock - during the 50th session of the Council (from June 13 to July 8) - of the situation in Mariupol, now almost entirely under the control of the Russian forces.

“Before the vote, Ukraine and its allies denounced for long hours “the endless list” of abuses committed by Russia, which boycotted the debates.

“This resolution “aims to bring all those responsible for these atrocities to account”, he explained before the vote, assuring that “the international community cannot remain silent”.

“Ms. Bachelet said her office continued to verify allegations of abuses, “many of which may amount to war crimes” and denounced the “unimaginable horrors” suffered by the inhabitants of Mariupol.

“The scale of illegal executions, including indications of summary executions in areas north of Kyiv, is shocking,” she also said, adding that she currently has information on 300 cases. .

“This was the first meeting devoted to the deteriorating human rights situation in Ukraine since the UN General Assembly suspended Moscow in early April from the highest body of the international organization in matters of human rights.

“Russia can participate in the work of the Council as an observer but chose the empty chair policy on Thursday and waived its right of reply.

“So as not to leave the field completely to his adversaries, the Russian ambassador to the UN in Geneva Gennady Gatilov issued a press release denouncing “the demonization of Russia by the collective West”, speaking of an investigation against and denouncing the excesses of the Council, which has become a forum "for making political moves".

1 Shortage of baby milk: the White House will announce... 2 Russia wants to force taxis to hand over passenger... 3 Sherbrooke: sexually assaulted by the delivery man 4 Scholarships for Ukrainian refugees 5 Roxham Road: Boulet disappointed by Justin Trudeau's... 6 Young Canadians lack the means to live in the city 7 Trial of the Halloween killer: the judge begins to... 8 Demonstration at the start of Dawson College: Anglade... 9 Illegal dump: the AMP will be able to intervene, says... 10 Canada will send an Armed Forces general to Latvia 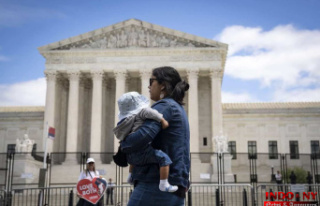 Shortage of baby milk: the White House will announce...