Abrines: "I came to Barça to recover my happiness after the NBA and I'm happy"

"What we do in this Clásico will mark almost the entire season". 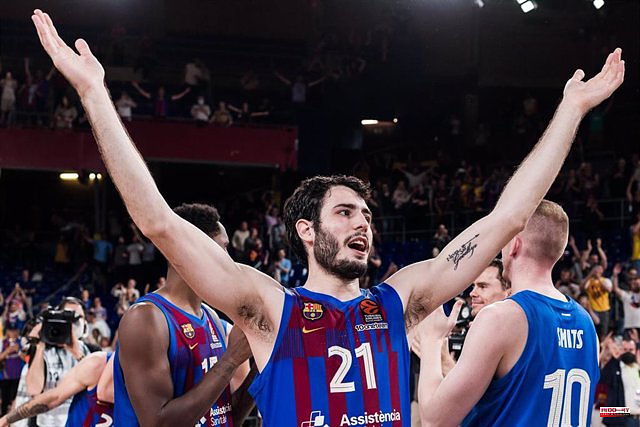 Barça player Álex Abrines acknowledges that beyond fighting to expand his record and living the glory of winning a Euroleague, with the possibility of doing so this Saturday if they win a hypothetical final that they would reach after beating Real Madrid this Thursday in the semifinal of the Final Four, when he landed back in the Catalan capital, he did so to regain his happiness, a goal already accomplished.

In an interview with Europa Press, the Spanish forward acknowledges that his first objective when he decided to return to Barça, after passing through the NBA, was more personal and emotional than non-sports. "First, I came to recover my happiness, because at Barça I had four very good years before going to the NBA. And I think I'm happy now", he was honest.

It was in February 2019 when he disappeared from the NBA tracks with the Oklahoma City Thunder. More than five months later, he explained in a video sense in which he spoke to a basketball that he had come to hate it. To the ball and basketball. "Everything broke into a thousand pieces because you started to scare me," he recognized then in that video in which he opened his heart and his mind.

To leave that bad moment behind, he left the NBA and took refuge in a Barça where he had been happy playing, ready to return to being the determining forward he was before his departure to the best league in the world, where he did not gel or fit in. "But, second, playing at Barcelona means trying to play in these Final Fours every year and in these three years we've gone from less to more, with two Cups and one League and playing almost all the finals. It's something to be happy about," he acknowledged.

"Also in my life, with the little one (her daughter turns two in the summer), it has been a very big change that has helped me a lot to see things differently. And it helps that things are also going well in basketball on a personal level and as a team, in the end it helps because everything goes hand in hand", he celebrated between laughs.

And if he is fine on a personal level, he is also fine on the pitch, leaving behind a long injury to his left knee. "Yes, I've been quite well and yes, Cory has also returned but welcome, I'm not going to be sad because a teammate returns to play. And less one like Cory, who is very important to us," he acknowledged.

Despite the high level of competition at Barça, the Spaniard knows his place and is comfortable with his role. "After my injury, I have tried to improve every day and I have found my rotation. I work to help the team and it has gone well in the last month. I am happy, because many times you doubt yourself coming from such a long injury, five months ", he recalled.

"It is not necessary for me to have 'feedback' from Saras, in the end he transmits it to you with minutes on the track and during training. He is very smart, he notices when a player is in good dynamics and he is the first to trust you and put you in the important moments or draw plays for you to go out and shoot. He understands that I am one of the important players at the moment", he stated about his good relationship with his coach, the Lithuanian Sarunas Jasikevicius, and with the role he gives him.

"I'm happy. Obviously it could be better, but also worse. I'm trying to improve what I did wrong in the previous game and try to help. There will be games where I'll have to play 20 or 30 minutes, others where I don't play or play 5 minutes. It's important to know the importance of each one and to contribute the maximum in the minutes that you have to be on the track", he reiterated.

On a group level, he thinks they're coming into this Final Four Classic "well." "We could arrive at an even better time, but in recent months we have also been worse. We arrived as we did, in the end this week you live differently, with more enthusiasm and motivation and it doesn't matter so much where you come from. It's a matter of a game, and in Depending on what happens, you can play for the title or for third place," he said.

In addition, they have the experience of the 2021 Final Four, with the final lost to Anadolu Efes. "The baggage from last year is good for us, it's a recent Final Four. I don't think it's an advantage, because Madrid has a core that in recent years has played many Final Fours and won a couple. This is not going to be a factor, but I hope that we have learned something from last year's final, but it will not be a determining factor", he answered in reference to what they will experience at the Stark Arena in Belgrade (Serbia).

"We approach the game as a final, you play everything in this game and if you do it well you will play it again in the second. What we do on Thursday will mark almost the entire season. If you don't win the first, you won't play the final. We focus on Madrid and then hopefully we can play the final, against whatever rival it is", he argued, without wanting to get wet about whether he would prefer a final against Olympiacos or a 'rematch' against Anadolu Efes, in which it would be the reissue of the last fight for the title, in possession of the Turks until at least Saturday.

1 Indonesia: a ferry runs aground on a submerged island... 2 Europa League: TV channel, streaming... How to follow... 3 UEFA Champions League: Date, Tickets...Final Info 4 Caribou: the Innu Council of Pessamit hardens the... 5 New texting fraud in Quebec: three people were caught... 6 QMJHL playoffs: the Océanic expects a hot start from... 7 Betclic Elite: Collet elected best coach of the season,... 8 Canada's Got Talent champion: Jeanick Fournier's... 9 These are the cheapest hours this Thursday 10 “I am not an extreme”: the strange sequence of... 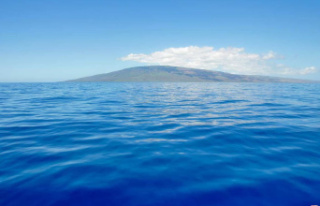 Indonesia: a ferry runs aground on a submerged island...