A woman will referee the final of the Moroccan Football Cup, a first in the Arab world 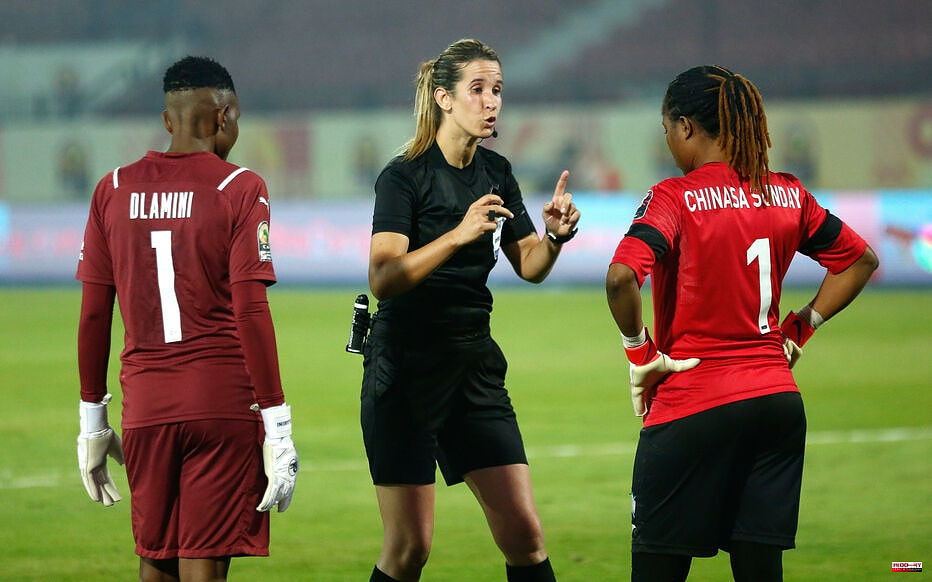 First woman to referee a Coupe de France final, Stéphanie Frappart is emulated. A week after the final between Nantes and Nice (1-0) directed by the referee Val-d'Oisienne, the Moroccan Bouchra Karboubi will officiate, this Saturday, for the final of the Throne Cup between AS FAR, the club of the Moroccan Armed Forces, and Moghreb de Tetouan at the Grand Stade d'Agadir. This is a first in Morocco for a final, but also in the Arab world. Among his assistants, there will be another female referee, Fatiha Jermoumi.

Born in Taza, Bouchra Karboubi, 34, is a police inspector. The last of five siblings, she made her football debut at the age of 11 as a player. A passion that will quickly end up taking another form. In 2001, the teenager took advantage of the opening of an arbitration school in her hometown and launched her career by becoming a referee in youth tournaments. A choice that does not pass with his entourage.

Member of the VAR cell at the last CAN final

Despite everything, she did not stop climbing the ladder. She took advantage of the creation, in 2007, of the first women's football championship in Morocco, to become a referee at the age of only 19. Appointed international referee in 2016, she had already become the first Moroccan woman to referee a first division match in the men's professional championship. She made her continental baptism of fire at the 2018 Women's CAN, organized in Ghana before refereeing at the 2019 Under-23 CAN in Egypt, where she officiated in the classification match for 3rd place.

The Moroccan was also present at the last CAN in Cameroon. Bouchra Karboubi was an assistant referee in the Gambia-Mali match and was part of the VAR unit in other matches, including the Senegal-Egypt final. She is in the running to referee at the 2023 Women's World Cup in Australia and New Zealand.

1 Tim Lubat, champion of the Spanish Optimist Cup 2 The “Decoexsa” won the third edition of the EKP... 3 Fall in the North River: the search is still underway... 4 Hindley crowns the iconic Blockhaus and Juanpe suffers... 5 Montpellier-PSG: Mbappé, a star at the center of... 6 Sweden's ruling party supports applying for NATO... 7 Fencing: Cannone wins his first World Cup victory 8 Ligue 1: Bordeaux striker M'Baye Niang dismissed... 9 The Treasury closes the May auctions next week, reopening... 10 Paris FC-Grenoble: "They will not come to shop... 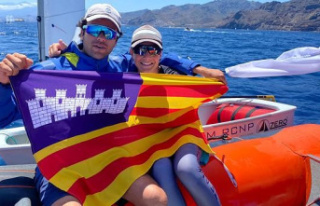