A Ukrainian sniper kills 'The Executioner', the bloodiest mercenary of the Wagner Group

A Russian mercenary, who has been accused of involvement in the murder of prisoners of war and civilians, has become the latest senior military figure from Vladimir Putin's forces to die in the Ukraine war. 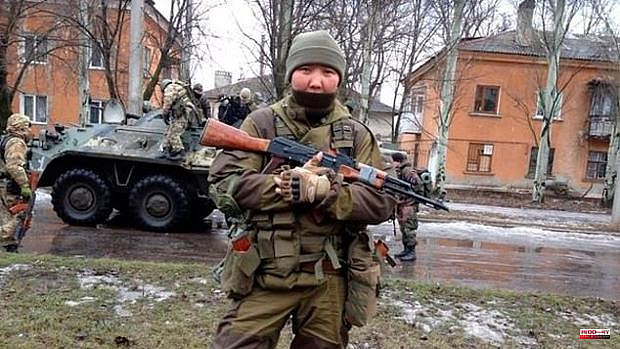 A Russian mercenary, who has been accused of involvement in the murder of prisoners of war and civilians, has become the latest senior military figure from Vladimir Putin's forces to die in the Ukraine war.

Russian social media channels and newspapers reported that 44-year-old Vladimir Andonov had been killed by a sniper in Kharkov, Ukraine's second largest city. "He died at night during the reconnaissance of the area, together with his comrade, presumably at the hands of a sniper," Telegram channel Peleng 03 published on Sunday, with information from the mass-circulation Russian daily 'Moskovsky Komsomolets'.

Andonov hailed from Mogoytuysky district, Transbaikal territory in the Siberian republic of Buryatia, whose local media outlet, 'Gazyeta Nomer Adeen', described him as the "most famous volunteer" in the region when reporting on his death.

The Ukrainian-run 'Peacemaker' database, which lists Russian military crimes, said that in February 2015, Andonov participated in the execution of Ukrainian army prisoners of war in Logvinova, Donbass, eastern Ukraine, where he was had volunteered. It describes him as a "Russian mercenary" and an "executioner".

In a 2017 interview, Andonov told 'Gazyeta Nomer Adeen' that he had "ideological reasons" for going to the Donbass region because his grandfather had fought in Ukraine in World War II against the forces of Stepan Bandera, a Ukrainian nationalist collaborator. of Nazi Germany.

Also known by the nom de guerre 'Vakha' or 'the Buryat volunteer', Andonov was part of the Wagner Group of mercenaries who serve Putin in conflicts but whose ties to Russia's military targets are denied by the Kremlin. These mercenaries have earned a bloodthirsty reputation for fighting battles that Russia's regular military cannot, engaging in massacres, torture and indiscriminate killings.

Andonov fought in Russian operations in Syria and Libya and in December 2017 received a military merit medal. At the end of that year he disappeared, erasing all traces of him on the Internet.

His death comes as two other Putin commanders, General Roman Kutuzov and Lieutenant General Roman Berdnikov, were killed by Ukrainian artillery in the Donbass region. Although Russian authorities did not confirm this, state television reporter Alexander Sladkov stated that Kutozov, who was commander of Russia's 5th Combined Arms Army, had "led the attack." The Russian media outlet Volya Media reported on Berdnikov's death.

1 The Diputación de Alicante launches the largest call... 2 Germany will keep more coal plants available in the... 3 They are looking for Valencian families to welcome... 4 13 people arrested in Manzanares and La Solana for... 5 'The era of fear' and 'The House of... 6 Traffic cuts and prohibited parking in Valencia on... 7 Mazón: «Puig diverts money from schools to set up... 8 Arrested for defrauding foreigners who were charged... 9 The Fuse Group Acquires Spanish Visual Effects Studio... 10 As anti-coup groups protest, talks to end the Sudan... 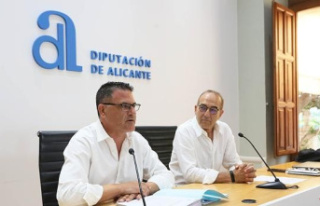