A fire that started a few minutes before 10 p. 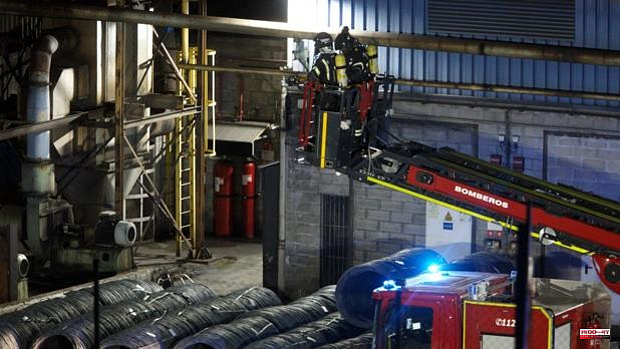 A fire that started a few minutes before 10 p.m. last night affected the roof of the nave of the rolling train of the Roldán de Ponferrada steelworks. A dozen members of the Fire Department of the Bercian capital worked throughout the night to extinguish the flames, which at no time posed a danger to the workers or the population.

According to sources from the Consistory, the event began at 9:43 p.m. and initially caused the intervention of a service checkpoint made up of four firefighters and two fire engines, together with the head of the department, Olivier Bao. Members of the Civil Guard and the Municipal Police went to the scene due to the possible need for traffic cuts, which were ultimately not necessary.

When the firefighters arrived at the scene, the Roldán workers tried to control the fire with their own means. Minutes later, the employees had to be evicted due to the existence of toxic fumes inside. A few minutes later, the Councilor for Citizen Security, José Antonio Cartón, and the Ponferrada park staff truck arrived at the scene, later reinforced by three other firefighters with another fire engine and support vehicles.

As explained by the firefighting personnel, the fire affected a roof located about 11 meters high, in an area where there are two layers, in the inner part of corrugated iron and an overlapping layer of sandwich panel. The existence of two layers made extinguishing tasks difficult, since it prevented the water used from reaching the affected area easily, both from the inside and from the outside, reports Ical.

In anticipation of possible reignitions, a preventive checkpoint remained in place until 7:30 a.m., with no new reignitions being found in that time slot. Initially, the origin of the fire seems to be caused by a leak of hydraulic oil produced when a hose was released and which, after contacting an incandescent sheet, projected a fiery dart onto the ship's deck. Roldán's staff will carry out the final assessment of the damage this morning.

1 A man affected by smoke inhalation is transferred... 2 New sandstorm in Iraq: airports, schools and administrations... 3 The Ibex falls and stays at the gates of 8,300 points 4 Renault's Russian factories pass into the hands... 5 NATO: the Finnish and Swedish Parliaments examine... 6 Russia says Finland and Sweden joining NATO would... 7 Weather in Quebec: drop in mercury and return of rain... 8 New Zealand sanctions Lukashenko and other senior... 9 Indra intends to accept offers to sell bonds for a... 10 Honestly, isn't it better to break the rules? 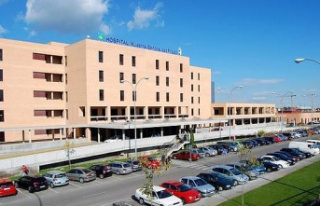 A man affected by smoke inhalation is transferred...