A Spanish laboratory designs a kit to detect monkeypox: "We suspect that it was confused with measles"

The Progenie Molecular laboratory, whose headquarters are located in Valencia, has designed in record time a kit that allows rapid genetic detection of the virus that causes monkeypox, a disease of which fifty have already been reported. 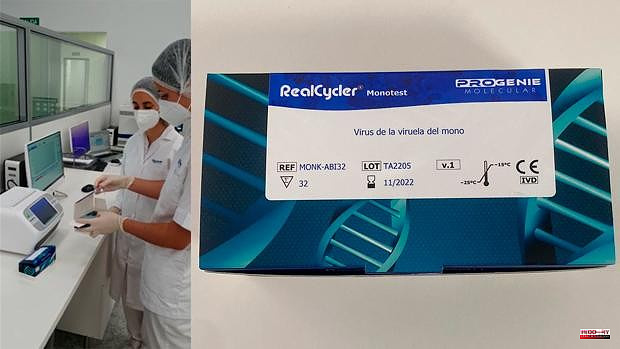 The Progenie Molecular laboratory, whose headquarters are located in Valencia, has designed in record time a kit that allows rapid genetic detection of the virus that causes monkeypox, a disease of which fifty have already been reported. confirmed or suspected cases in Spain, three of them pending the results in the Valencian Community.

This PCR-based diagnostic tool will begin to be distributed to hospitals and clinics that have already placed their orders in the coming days, when the production process is complete. In addition, it works with enough specificity to collect the possible variants that may appear.

“It seems that we have discovered PCR with the coronavirus, but we have been using it for many years to detect HIV and Hepatitis C, in paternity tests or in forensic genetics, among others,” Diego Arroyo, CEO of Progenie, explains to ABC. Molecular, with two decades of experience in this diagnostic technique.

In fact, the same lab also developed a similar solution during the first months of the pandemic.

“As soon as we see a need in the healthcare market, we get down to work. In recent weeks we have seen an unusual interest in buying measles kits from different countries, although we do not know to what extent it can be related, "says the leader of a company that exports its medical solutions to Europe, America and Asia.

“We suspect that the symptoms, being very similar in the first phase of the infection due to the appearance of spots on the skin before they become pustules, may have been confused. But it is just that, a suspicion », he points out.

Regarding the possibility of this disease spreading among the population, this doctor in Molecular Biology, who is also president of the Spanish Society for Molecular Diagnosis, maintains that, despite the fact that there are transmission routes beyond the air - skin contact with skin, for example-, "does not mean that it is as easy to transmit as the coronavirus, which had a brutal viral load." "Nobody has a crystal ball, but I don't think we have reason to generate a social alarm," Arroyo stresses.

1 Barça beat Madrid again and will play the Cup final 2 The PSOE knocks down a PP initiative to honor the... 3 Eternal Mourinho: the king of European cups 4 Julián Camarillo, the polygon with the most surprises... 5 Álex Barahona shares his favorite route in Madrid 6 The great annual event of books, a large market and... 7 Gastronomic and beer summit in Príncipe Pío 8 Final of the Champions: 500 national police to shield... 9 Madrid opens a water and light pavilion for the first... 10 Madrid, promised land of macrofestivals 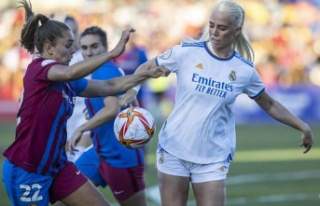 Barça beat Madrid again and will play the Cup final