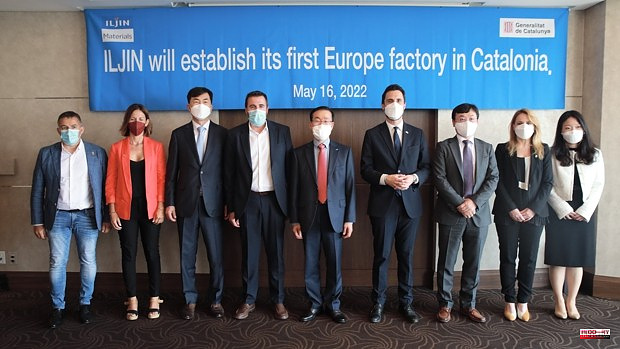 Record investment for Catalonia. The Korean company Iljin Materials will open a factory for battery components for electric cars in Mont-roig del Camp (Tarragona), which will start operating in a couple of years and will employ more than 500 people. It will be the first plant opened by the firm in Europe and will involve an investment of 600 million euros, one of the most important in recent decades in Catalan territory.

Iljin Materials produces elecfoil, a copper foil patented by its engineers that is thinner than a human hair and is a basic element for lithium batteries. In addition to its application in the motor sector, it is also used in energy storage.

Among its clients, LG Energy Solution, Samsung SDI, Volkswagen or Northvolt stand out.

The future factory will generate 500 direct jobs, will be operational in 2024 and will have an area of ​​30,000 square meters, according to sources from the Generalitat, which has worked side by side with the Tarragona municipal council to convince Korean managers of its location in the Gold Coast. Ilji's bet, in fact, has been formally announced by the Minister of Business and Labor, Roger Torrent, from Seoul (South Korea), where he has met with the directors of the Asian company.

Torrent has highlighted that the installation of this factory "is the largest industrial investment of the 'greenfield' type that has been made in Catalonia in the last twenty years" and has described the announcement as magnificent news for the future of the automotive industry.

The CEO of Iljin, Jeon-Sik Yang, has considered that the support of the Generalitat and the town council have been "decisive" for the choice of the location of the factory and has highlighted both the Catalan geographical situation and the temperature of the area, ideal for the production of elecfoil.

1 Arrested after forcing the closure of a terrace in... 2 The age of international politics 3 NATO expansion: thank you Vladimir 4 Ukrainian forces regain control of the border in the... 5 Iberdrola affirms that its network business is not... 6 Real Madrid launches its new shirt, "a tribute... 7 Legislative: once Macron has the majority, "the... 8 A hair is a hair 9 Let the masks fall 10 Really, madame Anglade? 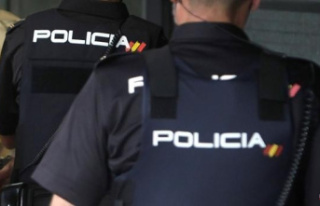 Arrested after forcing the closure of a terrace in...