A snack with close friends and ham

Sanxenxo not only welcomes Don Juan Carlos from Thursday. 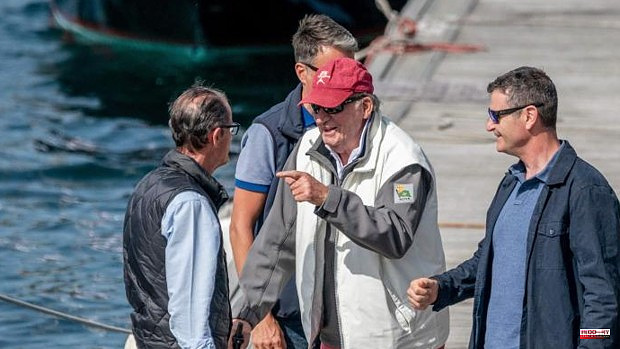 Sanxenxo not only welcomes Don Juan Carlos from Thursday. The arrival of Felipe VI's father has meant that in recent days many of his closest friends have traveled to this Galician town to greet him, give him a hug and celebrate his return to Spain.

Yesterday, while Don Juan Carlos arrived at the Real Club Náutico and was excited, almost at the same time, he entered the facilities of the Pedro de Borbón-Dos Sicilias y Orleans sports club. In addition to the Duke of Calabria, businessmen Jose María Juncadella and Carlos Espinosa de los Monteros could also be seen. The naval architect of Argentine origin Juan Kouyoumdjian also traveled there. All went unnoticed and fled from the spotlight.

They received Don Juan Carlos inside the club building and applauded him along with the members who came there to welcome him. “I have seen him very excited. He really wanted to come to Spain. He deserves this welcome », said Pedro de Borbón-Dos Sicilias.

The people who make up the closest environment of Don Juan Carlos are characterized by being very discreet people. None of his closest friends talk about him, unless Don Juan Carlos himself authorizes them to do so, especially if the information they make public concerns aspects of his private life. That is perhaps why, although many of Don Juan Carlos's friends are known and others are presupposed, yesterday there were in Sanxenxo "many of his friends." He saw all of them in the afternoon, at half past seven, at Pedro Campos' house.

Don Juan Carlos's routine when he goes sailing consists of making a hearty breakfast and a hearty afternoon snack. When he is at sea he never eats. That is why yesterday, after setting foot on dry land, he went straight to Pedro Campos' house with the entire crew of the Rogue 500. There they reviewed every movement of the day aboard the sailboat. They analyzed the two competitions while they gave a good account of a succulent Iberian ham and, in addition to water, some refreshing non-alcoholic drink. This plan was also nothing new. Before his stay in Abu Dhabi he already enjoyed this type of family dinners after sailing.

Later, some of those close friends of Don Juan Carlos joined in, who have come to Sanxenxo these days to be with him. It is unknown if his grandson Pablo Urdangarín also attended, who yesterday played a handball match in Pontevedra. Who was sure that he was not was the Infanta Elena. After accompanying her father to the yacht club in the morning, he left Sanxenjo to travel to Seville.

Don Juan Carlos will remain in the house of Pedro Campos de Sangenjo until Monday morning. At half past eight in the morning he is scheduled to leave for Vigo, where he will get on a plane and head to Madrid. There, at the Palacio de la Zarzuela, he will hold a meeting with Felipe VI, Queen Sofía and other relatives.

1 The UPV anticipates that the works of the new Faculty... 2 The Chamber of Accounts calls into question millionaire... 3 End of the investigation into the seizure of Intervida... 4 The PP promotes that ETA crimes not prescribe and... 5 Steve Lévesque is found guilty of second degree murder 6 PGA Championship: Tiger Woods will be weekend rounds 7 Alcaraz debuts tomorrow at Roland Garros and Nadal... 8 Fever for the biggest final 9 Brussels urges debt reduction despite fiscal suspension 10 Starliner, the Boeing capsule, reaches the International... 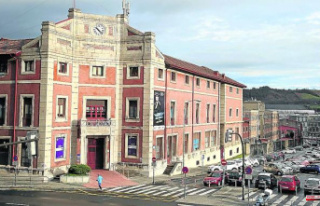 The UPV anticipates that the works of the new Faculty...