A podcast rescues the story of García Márquez's castaway

The history of literature has two castaways. 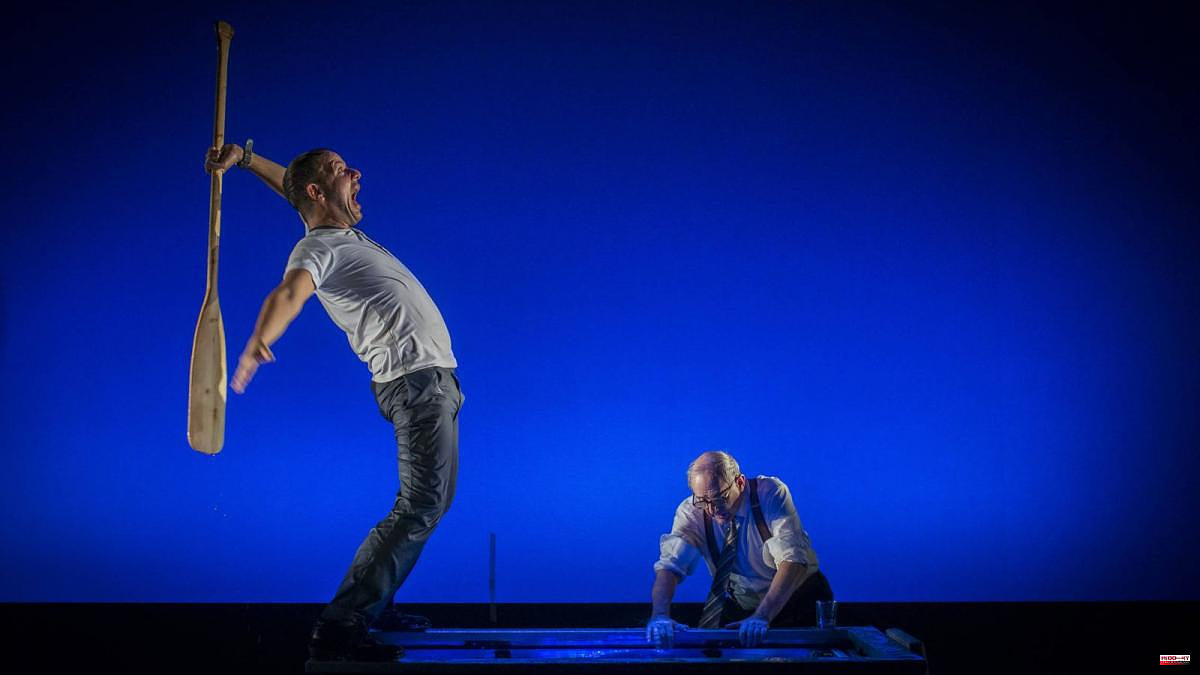 The history of literature has two castaways. The first is Robinson Crusoe, created in 1719 by Daniel Defoe, but the second most famous is Luis Alejandro Velasco, the real character whose odyssey after falling from the destroyer Caldas was narrated by Gabriel García Márquez in Relato de un náufrago, which the Colombian newspaper El Espectador was publishing –without the name of the future Nobel laureate, simply as a story narrated in the first person by Velasco– throughout fourteen installments in April 1955 and that the Barcelona publisher Tusquets published years later in book form, in 1970. Now, The Gabo Foundation, Podium Podcast and RTVC premiere – starting today, and weekly, every Thursday – the first of the five chapters of a podcast about this shipwreck and the book that made it a universal story.

The journalistic investigation has been carried out between Colombia and Spain, with the journalist from La Vanguardia Xavi Ayén and the editor of El Espectador Nelson Fredy Padilla as responsible. The importance of the work lies in the fact that it is the first journalistic book by García Márquez, until then an author of fiction, and that, after yielding to the insistence of the publisher Beatriz de Moura, he opened a new trend in his work to which Titles such as The clandestine adventure of Miguel Littin in Chile (1986) or News of a kidnapping (1996) would follow and, above all, cemented in it a close link between journalistic investigation and literature.

At the end of 2016, the Teatre Lliure premiered a theatrical adaptation of the work, directed by Marc Montserrat-Drukker, which included Gabo's own making of in Barcelona, ​​since the book was published at the time its author lived in the city , between the years 1967 and 1975. "That vital journey of Gabo -explains Daniel Marquínez, director of special projects of the Gabo Foundation- has a parallel with the initiatives of our foundation, based in Cartagena de Indias but increasingly active in Spain, as seen in this podcast, a co-production between the two countries that raises highly topical issues, such as the ethical debate on copyright", which the writer initially ceded to the castaway as "owner of the story" but which then he recovered after a long legal battle, which is dealt with in the fifth chapter of the production.

The podcast can be heard on the Apple Podcast, Spotify, Ivoox, Podium Podcast and RTVCPlay platforms.

1 Crash in the crypto world: will there be a comeback? 2 Picasso: male, yes; misogynist, no 3 Saudi Aramco overtakes Apple as the world's most... 4 The wise lessons of Miguel Milá and André Ricard 5 The stablecoin crisis also hits the world's largest,... 6 Cryptocurrencies suffer another rout of 228,000 million... 7 If you don't know what epistemology is, these... 8 Citi suddenly lowers its valuation of Inditex by 35% 9 The great Jonathan Ximenis 10 XXXIII Salmon Expansion Award Crash in the crypto world: will there be a comeback?