The Central Independent Trade Union and Officials (CSIF) has denounced a new attack on health personnel in the Valencian Community, this time at the Pintor Ribera continuous care point, located in the town of Torrent, in a situation that it describes as « untenable". 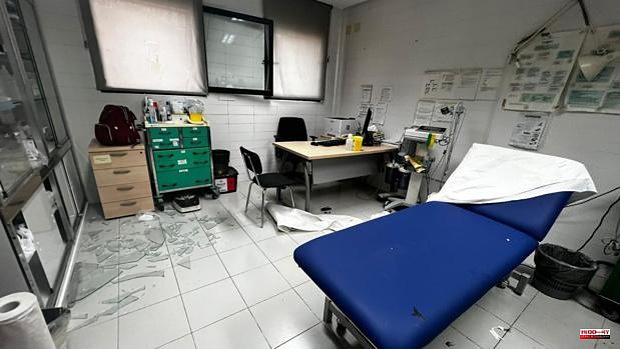 The Central Independent Trade Union and Officials (CSIF) has denounced a new attack on health personnel in the Valencian Community, this time at the Pintor Ribera continuous care point, located in the town of Torrent, in a situation that it describes as « untenable".

The trade union center explains that the attack occurred when a patient entered the clinic and, after pushing her father, acted aggressively against the doctor who was treating her. He managed to take her to the vitals room and get her to settle on her stretcher. However, the patient got up, overturned the aforementioned litter and broke the glass of the showcase.

Subsequently, the alleged aggressor took several crystals from the floor and faced the nursing staff who were in the room to attend to her.

One of the workers, jumping over the stretcher, managed to escape and call agents of the National Police Corps, who appeared at the premises and were able to reduce the patient in this event that occurred at the end of last week.

CSIF, before this new episode of aggressions, has presented this Tuesday by entry registration a letter before the Management of the General Hospital in which it urges to provide security guards to the health centers of this department, of which Torrent is a part, and to carry out user awareness campaigns.

Likewise, it urges the adoption of measures in the face of "the unsustainable situation for an exhausted and saturated workforce, with a shortage of means and who lives with the permanent tension of being able to suffer an attack in the exercise of their professional work." The union already denounced in March the attack suffered by a doctor in Alzira; Last May, he warned of the attack on two administrative assistants at the Beniopa health center in Gandía, and now he warns of this new event in Torrent.

The trade union center, which has been carrying out protests every Friday in front of the Beniopa health center for two weeks to demand protection measures, urges the Ministry of Health to "stop looking the other way and to ensure once and for all health and safety of its professionals, who are giving their all and instead of improving their situation suffer abandonment by the Administration».

1 Mónica Oltra formalizes her change of version before... 2 De Prada changes the step of the National Court: he... 3 Japan and NATO increase ties in the wake of Russia's... 4 US-backed Syrian Kurds will turn to Damascus in case... 5 To deepen relations, Australian leader visits Makassar... 6 Justice keeps the rapist of Igualada in provisional... 7 Dismantled a sexual exploitation organization after... 8 Massive collapse of part of the viaduct linking Lugo... 9 The Council of Guarantees rules that the Catalan language... 10 Madrid will have 2,000 new affordable rental homes... 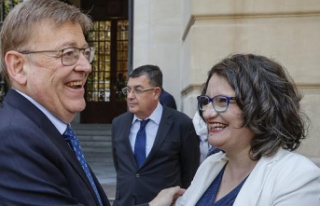 Mónica Oltra formalizes her change of version before...