A missile hits a busy shopping center in Ukraine, causing at least two deaths and 20 injuries

A Russian missile has hit a shopping center in the city of Kremenchuk, in central Ukraine, on Monday, at a time when some 1,000 people were shopping inside the building, Ukrainian President Volodímir Zelensky reported. 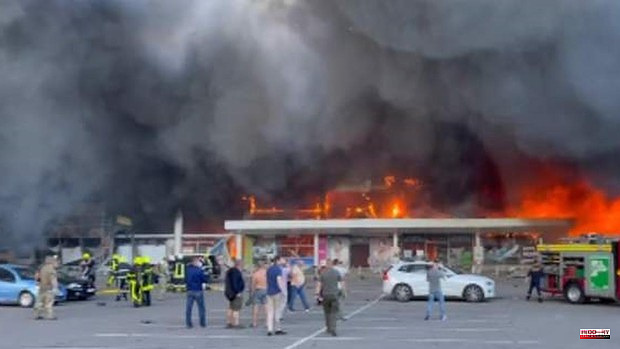 A Russian missile has hit a shopping center in the city of Kremenchuk, in central Ukraine, on Monday, at a time when some 1,000 people were shopping inside the building, Ukrainian President Volodímir Zelensky reported. , through his Telegram channel.

According to Ukrainian sources, there are at least two confirmed dead and twenty wounded, although the figure is not definitive. The images of the shopping center show it destroyed and in flames.

"It is on fire and rescue teams are trying to put out the fire, the number of victims is impossible to imagine," Zelensky said. “He did not pose a threat to the Russian Army. It had no strategic value.

People just want to live a normal life, which makes the occupants so angry."

According to the mayor of Kremenchuk, the attack is "another Russian war crime, a crime against humanity, an open and cynical act of terror against the civilian population."

The attack on the shopping center comes a day after the bombing of a building in the center of kyiv, in which there were deaths and injuries. These latest Russian attacks occur while the G-7 summit is being held in Bavaria, Germany, and two days before the opening of the NATO summit in Madrid, a decisive meeting for the future of the Alliance and the Russian invasion.

1 Russian officer carrying Putin's nuclear codes... 2 Schedule and where to watch Cerúndolo-Nadal live 3 Small scare for Djokovic in his premiere 4 The forward of Espanyol begins to be scary 5 Doña Letizia dresses in polka dots for her meeting... 6 The smallest art movement in history: it had two members... 7 The Windcatcher Association and the 'Revista... 8 Transport and fishing, again against the ropes 9 Canary Islands and Morocco, face to face to talk about... 10 Rubén Albés, student of Benito Floro, new trainee... 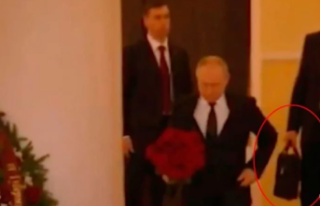