A minor enters the Canillas police complex, steals two pistols and is arrested hours later in a brawl

If Queen Elizabeth was snuck into her bedroom at Buckingham Palace on July 9, 1982, last Sunday a 17-year-old boy broke into the Canillas police complex in Madrid, the largest in Spain, after jumping one of the side walls of the enclosure without anyone noticing it. 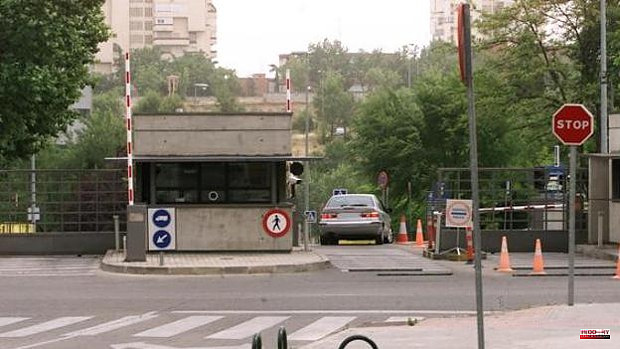 If Queen Elizabeth was snuck into her bedroom at Buckingham Palace on July 9, 1982, last Sunday a 17-year-old boy broke into the Canillas police complex in Madrid, the largest in Spain, after jumping one of the side walls of the enclosure without anyone noticing it. Then he entered a room, opened several lockers and seized two weapons, finally going back the way he had entered. The event had no further consequences because the person involved was arrested hours later and the regulation pistols were recovered; but the security flaw is important and the timely investigation has been opened to purge responsibilities.

According to the sources consulted by ABC, the minor, a Spaniard of Moroccan origin, was not even very clear about where he was going or the danger he was running, because if he were detected inside the complex and armed, the police action would have been forceful. .

But it was not seen by anyone, despite the fact that it is an enclosure in which there are numerous security cameras that are viewed from a monitor room.

The assault, as it has been possible to reconstruct a posteriori, occurred early on Sunday morning. The minor jumped over one of the side walls, in the pool area, and began to wander around the complex, which was half empty at that time on a Sunday, giving the impression, moreover, that he was not in the fullness of his physical faculties, since in Sometimes it seemed that it was difficult for him to maintain verticality.

Of course there was no preconceived plan, but it simply occurred to him to do the 'machada'. The fact is that between the surveillance agents' shift there was an excess of confidence because at no time was the intruder detected. The boy saw that he could open a door of some Judicial Police offices and then decided to force some lockers to steal something... he found two service pistols, which he seized. Then he left the building and just as calmly headed for the same area of ​​the wall through which he had entered, to jump over it again. Again, without anyone detecting it.

Several hours passed without the Canillas security service realizing what had happened. It's more; they only found out hours later, in a bizarre way. At three in the afternoon, some residents of Villa de Vallecas alerted the Police that an incident was taking place. Once the crew was in person, he began to identify those involved. And the surprise jumped; One of them, a minor, had in his possession a pistol of a make and model very familiar to any agent, since it was like the one they use. The second pistol was then located.

Checks were immediately made with the serial number of the weapon: it belonged to a Judicial Police agent stationed in Canillas. When he called her on the phone he explained that she had it in her locker and that he had not taken it home. The astonishment, at that moment, was increasing, more when informing those responsible for the security of the complex of these facts.

Analyzing the security cameras, and appearing in the rooms where the lockers were, it was found that the agent was telling the truth. In the images it was clearly seen how the boy entered the enclosure and then left it with amazing ease.

Despite the seriousness of what happened, there has been luck and everything has been left in a resounding security breach. "Nothing has happened in the end, but let's imagine that the boy fires that weapon at some point and kills a person," the sources consulted graphically explain, who foresee consequences for this error. “There has been overconfidence on the part of someone, we always believe that nothing ever happens, but sometimes these things happen and you have to be alert,” they add.

The Canillas police complex, probably the largest in Spain, houses many of the central Police services -Information, Judicial and Scientific Police, among other organizations are there-, which makes it a particularly sensitive facility.

1 The president of Algeria dismisses the Minister of... 2 The Villa de Pitanxo shipowner company assures that... 3 They arrest a woman for beating her two-year-old son... 4 High-ranking Palestinian diplomat to Israel believes... 5 The Sergas offers places of doctors in property for... 6 Bonfires Alicante 2022: traffic closures and detours... 7 The new banners of Corpus Christi in Toledo 8 Biden confirms that he will travel to Saudi Arabia,... 9 The digitization of the tourist: 78% of reservations... 10 The SEPI will propose the former socialist deputy... 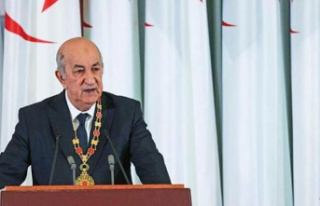 The president of Algeria dismisses the Minister of...