The plaque and the crown of flowers woke up charred. 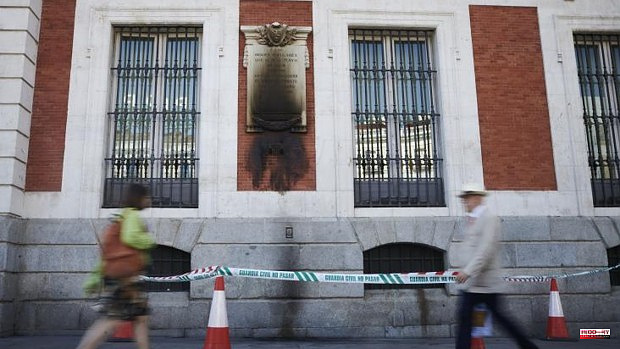 The plaque and the crown of flowers woke up charred. One day, and the next the arsonist returned. The Civil Guard arrested a 53-year-old man of Spanish nationality at dawn this Saturday who set fire to the tribute to the Heroes of May 2 in Puerta del Sol. On the first occasion, last Friday, the flames consumed the plaque and the laurel wreath that decorates the main façade of the Royal Post Office. The second time, at 24 hours, the agents who monitor the headquarters of the Madrid Government were able to put out the fire in time. Now they are investigating, as El Mundo reported, if the person arrested on Saturday is the same person who lit the lighter on Friday

The president of the Community of Madrid, Isabel Díaz Ayuso, was the first to denounce it, early on Friday, on her Twitter account. «They have burned the crown and the plaque to the Heroes of May 2. The Community will present the corresponding complaint and will replace the crown immediately », she wrote. The cleaning workers took six hours to return the tribute to its original state. But it was vandalized again.

The - or the - arsonist used the same 'modus operandi'. At 6:30 a.m. on Friday, the security cameras of the Royal Post Office captured a hooded man, about 1.70 meters tall, setting fire to the laurel wreath with a lighter. On Saturday, Civil Guard agents hunted down an individual heading back to the tribute. He had already lit the lighter and was intercepted as he tried to escape, his crown engulfed in fire. They managed to turn it off before he consumed the memorial plaque once more.

The Armed Institute is reviewing the images of the video surveillance cameras of the Royal Post Office and the municipal ones that supervise the surroundings of the Puerta del Sol to clarify if the detainee was a repeat offender, sources from the Benemérita confirmed to ABC.

“Vandalism is unjustifiable and in this case it seems especially painful to me because they are precisely the heroes of May 2,” Madrid mayor José Luis Martínez-Almeida declared on Friday, condemning the event like other politicians. "These facts cannot have a place in this society," said the PSOE spokesman in the Madrid Assembly, Juan Lobato. The vandalized plaque reads: "To the popular heroes who on May 2, 1808 fought in this same place with Napoleon's troops."

1 Benidorm Fest 2023 warms up engines in the heat of... 2 'Great Prospector' is once again the fastest... 3 IOC threatens to drop out of the Olympics: Russian... 4 [IN IMAGES] A pedestrian hit by a tanker truck in... 5 The author of the racist massacre in Buffalo radicalized... 6 A walk in the park for Canada 7 UNFP trophies: eagerly awaited, Mbappé will be the... 8 Tennis: unbeatable, Iga Swiatek wins in Rome and wins... 9 The fire of a hospital center in Arévalo forces the... 10 Success of the Toledo Book Fair with more than 32,000... 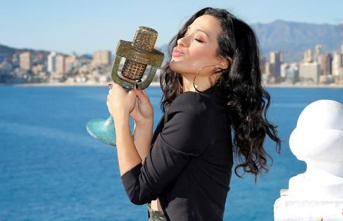