Neon gas, of which Ukraine is the world's largest exporter, and palladium and nickel, dominated by Russia, form a trident of essential elements for the new digital economy and its journey towards decarbonization. 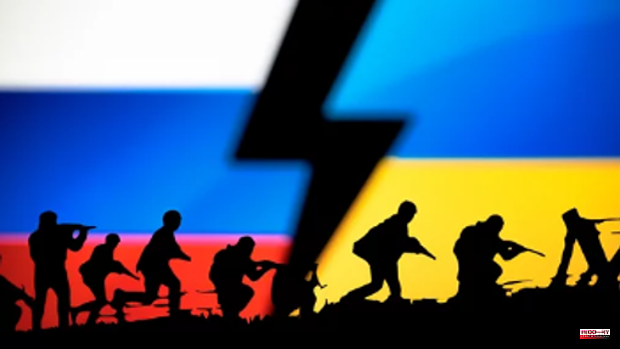 Neon gas, of which Ukraine is the world's largest exporter, and palladium and nickel, dominated by Russia, form a trident of essential elements for the new digital economy and its journey towards decarbonization. With the supply chain compromised, its scarcity opens up a worrying scenario, because these materials are essential for microchips, lithium ion batteries, telephones, stainless steel, batteries, rifles or tanks. Including electric cars, wind turbines or photovoltaic panels, which in these last three cases means that this situation puts a brake on the EU's zero emission plans, while slowing down the adoption of the electric vehicle and perpetuating dependence on oil at a time when attempts are being made to gain autonomy from Russian gas and crude oil.

It is the snake that bites its own tail, a perverse equation that is at the same time perfect for creating a situation where both the problem of cutting off Russian energy sovereignty in the West and the solution based on the transition to renewable energies are in an alley no way out in the short and medium term.

This hinders the declaration of intent that Biden made in March betting on a more local market: "Building a future of clean energy produced in the US will help safeguard our national security." In addition, the worst omens have come true with another break in China due to Covid. This crisis, which is a blow to the global market, could end in KO if tensions between China and Taiwan, which is the leading producer of microchips, essential for the global technology industry, increase. As Oriol Farrés, coordinator of the Cidob International Yearbook, previously stated, "a conflict in the Taiwan Strait would be comparable to a heart attack in the heart of the world economy."

Óscar Miguel, deputy director of Cidetec Energy Storage, points out that "now all attention is focused on the events in Ukraine and Russia, but the debate dates back to 2020, because there is a bottleneck, for example in batteries, not only due to the lack of raw materials, but also due to increasingly demanding conditions of sustainability in the way they are obtained and due to geostrategic considerations.” And Vicente Gutiérrez, president of Cofedem (National Confederation of Mining and Metallurgy Entrepreneurs) and general secretary of Primigea (Spanish Confederation of Mineral Raw Materials Industries), clarifies that geostrategy "is like chaos theory, if a butterfly flaps its wings in Beijing, that can cause a storm in New York ». And this is what happens when we talk about nickel, palladium or neon gas. "An example of this is nickel, whose price is rising at an anomalous speed," says Gutiérrez.

Specifically, Ukraine exports half of the world's neon gas, key in semiconductors. It is used for lasers that mark patterns on chips. And the Cryoin company in Odessa has played an important role in supplying neon to the US, Korea or Japan. Gases produced as a by-product of Russian steel mills are bottled and purified by Cryoin. But as if it were a chain reaction, the Ukrainian conflict may repeat the scenario of 2014, when the price of neon gas rose by 600%. Now the war puts giants like Intel, which gets 50% of its neon gas from Eastern Europe, in a bind. And the US imported 90% of Ukraine's neon, according to technology consultancy TechCet. Increasing pressure on the supply chain across the globe.

Meanwhile, Moscow exports 43% of the world's palladium, equally essential for chips and in the automotive sector. And "it is the world's third largest producer of high-quality nickel, after Indonesia and the Philippines, and the first to produce derivatives of this product," according to a report by the manager OFI AM. Not surprisingly, it is one of the so-called minerals of the future, necessary in all kinds of industries. For this reason, the fear of a ban on Russian exports caused the London Metal Exchange to raise its price by 400% in just 18 minutes.

All this has made the demand for this metal move to areas such as Australia, Canada or Guatemala. In the latter country, Putin had already made a move through Solway, the Russian-Swiss nickel giant, turning the area into a place associated with murder and corruption. The research 'The metals of the energy transition' establishes that nickel will be one of the four most coveted metals, so much so that its producers alone could generate income similar to that of the oil sector in the next 20 years. Fundamental for renewables, geothermal and nuclear energy. Tesla, being farsighted, has already opened a new nickel mine in New Caledonia. "Only crazy people revolutionize the world," says Gutiérrez.

China would be the winner in all of this because it can route Russia's metal production through its refineries, being a Balkan Silk Road plan. The high dependence on Russian nickel would explain why Vladimir Potanin, called the Russian king of nickel and owner of Norilsk Nickel, is the only oligarch, unlike the oil or gas tycoons, who has not been sanctioned by the US, and which can therefore continue to do business abroad. This reflects the crucial importance of metals and mining.

Faced with all these problems, urgent alternatives are sought. The deputy director of Cidetec Energy Storage comments that ideas have arisen to extract nickel from seawater, “but the environmental impact it would have is in doubt. Likewise, lithium ferrophosphate (LFP) batteries have been proposed, which by using iron and phosphates would eliminate the problem of scarcity. In addition, the recycling of batteries and the concept of second life are promoted, that is, batteries that no longer work at full power, but can be used in other devices. And Garrido, from Cofedem, points out that the Huelva-based company Atlantic Copper has a leading project to recover certain metals from scrap, such as nickel and palladium.

The situation tests the resilience of the EU. For this reason, Daniel Prieto, president of Ageinco, a Cluster Association of Engineering Companies, points out that the Perte of 12,250 million for microchips in Spain is aimed at pursuing independence, even if it takes time to achieve it, because "either you start using and managing your own resources or geopolitically you are dead.”

1 Technological endpoint of radiation at Chernobyl amid... 2 The bank squeezes the vein of commissions with its... 3 Vaison-la-Romaine. The girl is out of danger after... 4 Citizens emulate Macron's queries to activate... 5 Vox believes that the case of the padrón drives them... 6 BSR Puertollano and Caserío Ciudad Real move up in... 7 Interior has better technology than Pegasus to intercept... 8 Football / Playoffs L1-L2. ASSE: Invasion of the field,... 9 4-1: Atlético Tomelloso imitates Real Madrid and... 10 Marlaska, the new objective to beat for United We... 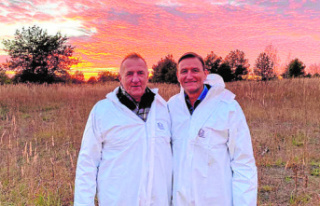 Technological endpoint of radiation at Chernobyl amid...