More than a hundred Siro workers have gathered this Wednesday from the first hour at the entrance gates of the Cortes de Castilla y León to receive the members of the regional Executive and the attorneys before the start of the plenary session, to demand a solution « urgent” to the crisis the company is going through. 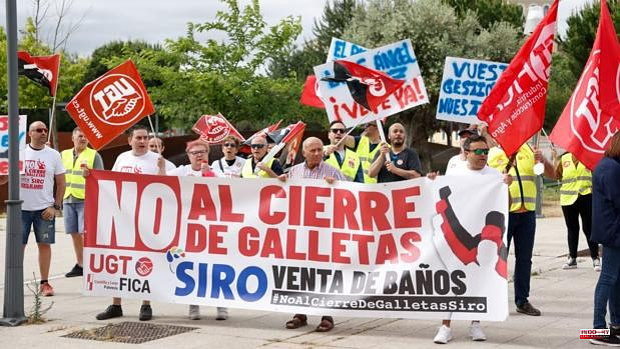 More than a hundred Siro workers have gathered this Wednesday from the first hour at the entrance gates of the Cortes de Castilla y León to receive the members of the regional Executive and the attorneys before the start of the plenary session, to demand a solution « urgent” to the crisis the company is going through.

The concentration has been carried out moments before the meetings that the president of the Board, Alfonso Fernández Mañueco, has planned throughout the morning with the mayors of Venta de Baños, Aguilar de Campoo and Toro, José María López , María José Ortega and Tomás del Bien, and with the presidents of the works councils of the different industries.

The protesters, mostly from the Venta de Baños plant (Palencia), which the company has wanted to do without from the beginning, shouted for the resignation of the Minister of Economy and Finance, Carlos Fernández Carriedo, and sang "where is the money , the money where is it», «where are the bills», «go for them, hey!» or "we want to collect" after suspending the company's payroll due to lack of liquidity.

The concentrated, armed with horns and whistles, have carried banners, in which one could read 'Siro in the fight for the future'; 'No to the closure of Siro biscuits in Venta de Baños'; 'Your investors are the workers'; 'Where is the money, in Cevico Navero'; and 'Luis Ángel López ¡Vete ya!'.

The president of the Company Committee of Siro en Venta de Baños, Mar Rodríguez, has recognized that the situation is "every day more critical and delicate, because people are not paid" because, according to what they have communicated, "investors have left ». However, he has indicated that he is not sure that the investor has left completely, and warned that if he goes ahead "he must keep all the plants" and save all the jobs in danger 220 in Venta de Baños, and 1,200 in the whole of the Community.

Before meeting with Alfonso Fernández Mañueco, he indicated that they expect the president to help them, "give them a hand" like other sectors, because "food is very important for the Community." «We have a little hope, let's see what they tell us, he explained to Ical.

For his part, Mayor Venta de Baños, José María López (PSOE), has assumed before his meeting that "they do not expect much" from the Board because "we are in a significant time rush." "Let's see if they can tell us something new, because the problem comes from far away and they should have brought us together much earlier," he said.

López explained that the entire town is aware of the problem in the municipality and has assured that they will try to make all the parties involved sit down and can improve the agreement that Siro puts on the table, but he has assumed that "going back in the closure of the plant” in Venta de Baños, “it is complicated”.

1 The Valencia Marathon exhausts the 30,000 bibs of... 2 Those affected by the volcano "stunned"... 3 Importaco increases its turnover by 9% to 721.7 million... 4 They intervene 554 marijuana plants and arrest a man... 5 The call for the aid of the Children's Bonus... 6 The Parliament approves the law of official languages... 7 At least one dead and 30 injured in a multiple hit-and-run... 8 These are the pensions that are not taxed in personal... 9 The OECD lowers the growth of Spain by 1.4 points... 10 Virtual operators outperform traditional operators:... 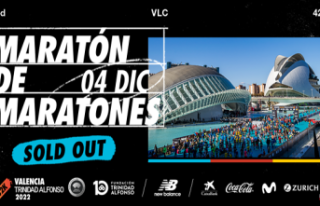