A "historic bullfighting fair" in Palencia with Juli, Morante and Roca Rey on the posters

The city of Palencia will have a "historic bullfighting fair" in the upcoming San Antolín festivities with figures of the stature of Morante, El Juli and Roca Rey that will run from August 30 to September 4 with four bullfights, a goyesca and a practical class. 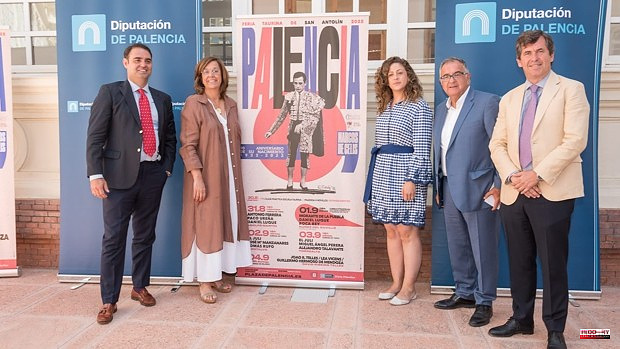 The city of Palencia will have a "historic bullfighting fair" in the upcoming San Antolín festivities with figures of the stature of Morante, El Juli and Roca Rey that will run from August 30 to September 4 with four bullfights, a goyesca and a practical class.

The journalist Roberto Gómez acted as presenter of the posters on Monday, accompanied by businessmen from the Campos Góticos arena, Carlos Zúñiga, and Víctor Zabala, the Deputy for Culture, Carolina Valbuena, and the president of the Palencia Provincial Council, Ángeles Armisén, who has pointed out that it is the fair that the city and the fans deserve.

Thus, Zúñiga has indicated that there are posters "for all tastes" from the "more touristic" touch of the Goyesca at the beginning to the rest in which Juli will do a double in the Palencia bullring, the only square in Spain next to that of the Puerto de Santa María where he will fight two afternoons.

"The goal is for it to be full and for Palencia to once again be a reference for second-tier places in terms of season ticket holders," he added.

Zabala has insisted that it is a "complete fair for all tastes" that will start on September 1 with a goyesca in tribute to the 90th anniversary of Marcos de Celis, out of season ticket, which will be fought by Morante de la Puebla, in the 25 years of his alternative, Daniel Luque, who will also do double, and Roca Rey.

On day 2, it is the turn of the first subscription, with El Juli, José María Manzanares and Tomás Rufo, who will fight Montalvo bulls. A day later, El Juli repeats the bill with Miguel Ángel Perera and Alejandro Talavante. And on the 4th, the bullfight will take place with Joao R. Telles, Lea Vicens and Guillermo Hermoso de Mendoza.

Armisén, who has closed the presentation, has indicated that, although Palencia is "a second-class place, it has a first-class hobby and career" and has highlighted the four bullfights with the "maximum figures of bullfighting."

1 Cs starts its refoundation with a listening process... 2 "Socialist fagots": homophobic graffiti... 3 Slovakia offers all its Mig 29 aircraft to Ukraine 4 At least one dead and eight injured after a shooting... 5 European citizens stockpile basic goods 6 Why is the 4th of July celebrated in the United States... 7 Germany considers offering tax-free payments to avoid... 8 More than a third of Spaniards have never heard of... 9 Unemployment benefit: this is the new SEPE model to... 10 Nadal and directo against Van de Zandschulp 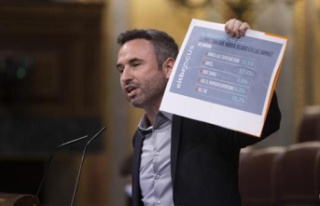 Cs starts its refoundation with a listening process...