A high Madrid wants the eleventh. 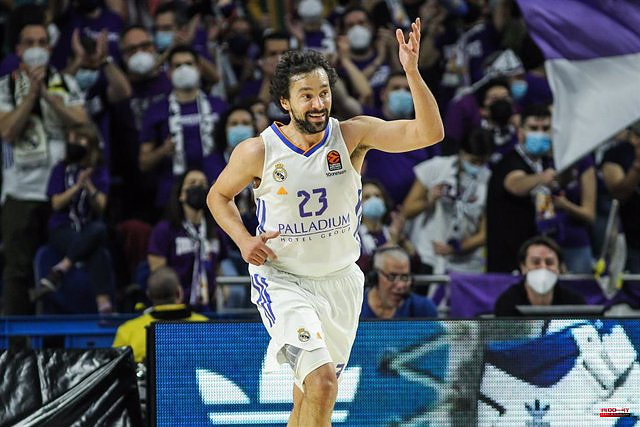 Laso's men, after eliminating Barça, challenge an Efes that defends the Euroleague title

Real Madrid competes this Saturday (7:00 p.m.) to be crowned for the eleventh time in Europe in the final against Anadolu Efes, the last match in which the white team, the most successful in the competition, arrives euphoric after winning the Clásico, although knowing that the Turkish team is in great danger and is defending the title.

Pablo Laso, in his eleventh campaign, led the white club to its fifth European final, in search of the third title after those achieved in 2015 and 2018. Four years ago, Madrid lifted the tenth in Belgrade, on the same stage. For déjà-vu, the team from the capital got Barça down first with a great second half.

Fabien Causeur (18 points) and a defense that held firm, not like that of the Catalans, allowed the Whites to come back from 13 points in the third quarter and win with determination in a tight ending. The injury to Williams-Goss, ruled out for the final due to a sprained ankle, adds epicness to a Madrid that pulled on the leadership inherent in Sergio Llull and a team that, in the last decade, usually shows its face in important moments.

The eleventh European Cup is one step away, despite the fact that in March and April the team seemed to hit rock bottom. The defeats against a Barça League and Cup champion that threatened to reign, with Heurtel and Tompkins out of the rotation for the last month, criticism of Laso or a squad that suddenly seemed without resources.

Everything seemed against Madrid, but they arrived in Belgrade with nine wins in a row, including a 3-0 win over Maccabi in the 'playoff' where they did not seem much less favorite. The awakening of the whites turned into a rush on Thursday in the semifinals, breaking Jasikevicius' dream of Barça to have the option of enlarging his historic and recent record with Laso.

On the other side of the floor this Saturday, Efes is playing its third final in a row thanks to a winning basket by Micic, who ruined Olympiacos' good game (74-77). After frustrating the Catalans last year, Ergin Ataman's men are now an obstacle for Madrid. The Turkish team calculated its set-up perfectly, from a poor start to the season, to land again in the final.

The champion sweated to qualify for the second title in his history, but he has a squad capable of boiling. In addition to Micic, Larkin scored 21 points against the Greeks and Bryant, 16, and more resources that Laso's team will have to hold on to. The Spanish team already found a toned Efes two months ago and lost in Istanbul.

However, that Madrid was another and not the one that smelled blood at the key moment of the season. "Before, they told us about the legacy and tradition of what Real Madrid means. It is a historic team. As a coach, I feel very proud that history is written every day, not just one day," Laso said in the preview.

1 A Barça without consolation says goodbye to Belgrade 2 Barça yearns for revenge and open a new era against... 3 Covid-19: Biden and Yoon Suk-yeol offer help to North... 4 They investigate the owner of two dogs in Cogollor... 5 A painter ends up in court for decorating a protected... 6 They judge a young man who abused his nine-year-old... 7 Arrested in Almería a defendant of 40 sexual crimes... 8 Emotional farewells in a totally decisive derby 9 Leave Bergeron and Letang alone 10 Will have to love the CF one day 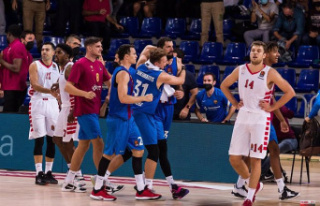