A guest of the kidnapping hotel in Barcelona: "We heard screams in the corridor, she was terrified"

"I'm used to this happening in my country, but I didn't expect it here," explains Danielle, a 33-year-old Iraqi, as she experienced the kidnapping this Thursday at a hotel in the center of Barcelona, ​​where she is staying. 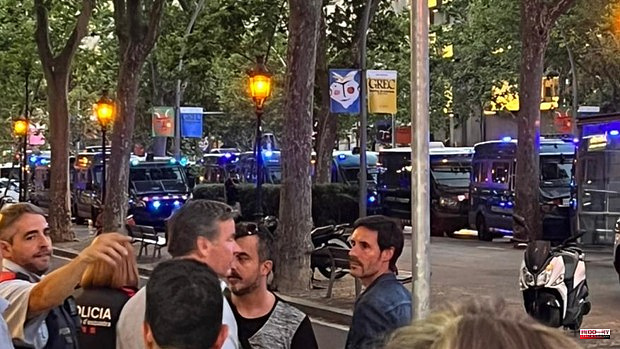 "I'm used to this happening in my country, but I didn't expect it here," explains Danielle, a 33-year-old Iraqi, as she experienced the kidnapping this Thursday at a hotel in the center of Barcelona, ​​where she is staying. She was in her room, 506, when, after 9:00 p.m., the Mossos d'Esquadra arrived at the accommodation, after receiving the alert that a man was being held there. "We heard screaming in the hallway, she was terrified," she recalls. She doesn't speak Spanish, and at first she didn't understand anything. Then one of the agents knocked on her door and explained to her, in English, what was happening. "They searched every corner of the room, even under the bed, for 25 minutes, nothing was left behind," she explains.

The Catalan Police reviewed each room of the Acta Atrium Palace until they managed to free the victim: a Serbian man who was gagged and tied hand and foot, as explained by the Corps. Until then, the rest of the guests, such as Danielle, who is in the Catalan capital with a friend, stayed in their rooms, as ordered by the Mossos. "When we were gathering everything to leave, they told us to calm down, that nothing was going to happen to us inside the room, and that they would notify us when everything was over."

That notice came, the woman calculates, about 45 minutes later. "The receptionist informed us that everything was fine, and that we could go out," she said this morning at the hotel gates. All the guests were able to leave their rooms when the Mossos arrested one of the kidnappers: a 32-year-old armed man, who would be of Colombian nationality.

Other tourists experienced the kidnapping from outside the accommodation. This was the case of Alessandro Almeida, a Brazilian who is on vacation in Barcelona with his family. When he went to register at the hotel, he found the police deployment at his doors, where members of the Mobile Brigade and the Regional Operational Resources Areas (ARRO) were shielding the Gran Vía, at its confluence with Pau Claris.

"The police surrounded the building, they placed us outside the perimeter and we were waiting for about two hours," he said. Asking if he was afraid, he explained that the situation was "tense. Our belongings were inside the hotel and we didn't know what was going to happen."

At this time, the Mossos d'Esquadra are still looking for the rest of the kidnappers. According to some sources, there would be three men. During the morning of this Friday, up to a dozen Arro and Brimo vans have moved through the center of the city, in what, everything indicates, would be the search device for the suspects.

1 The UME prepares in Chinchilla to fight against the... 2 A man arrested in Baracaldo (Vizaya) as the alleged... 3 At least one seriously injured and four slightly injured... 4 The Generalitat exercises popular action in the case... 5 Marchena denounces before the CGPJ the defamations... 6 Moncloa denies sending Leopard 2 to Ukraine after... 7 Macron and Mélenchon rise, Le Pen stagnates and the... 8 Due to knee issues, Pope cancels Congo-South Sudan... 9 Asylum seekers make UK legal bid for Rwandan deportations... 10 Bucha residents fight for their homes during wartime... 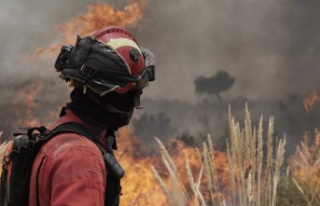 The UME prepares in Chinchilla to fight against the...