"We are in a new stage, we have learned a lot from what happened in Catalonia in 2017. 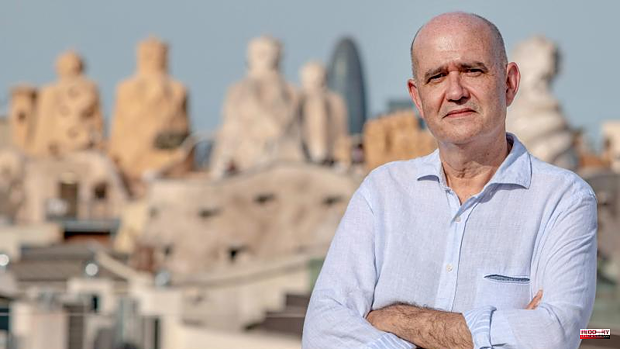 "We are in a new stage, we have learned a lot from what happened in Catalonia in 2017. Civil society is more organized, we are stronger than ever, and the Generalitat is going with the step changed since the December 2020 ruling." These are the words of Carlos Silva, a teacher at an institute in Hospitalet de Llobregat (Barcelona) and a spokesperson for Docentes Libres, a platform that has just been launched after months of meetings and exchanges of views and that brings together primary school teachers and teachers Secondary and Baccalaureate with the aim of defending political neutrality in Catalan classrooms.

Things in schools in Catalonia are changing at a slow but steady pace.

And after the ecstasy of the 'procés', in the fall of 2017, the movements in favor of schools and institutes being places free from political partisanship are already, if not a majority, not a minority at all. Entities are consolidated, such as the Assembly for a Bilingual School (AEB) and Catalan Civic Coexistence, and parties such as the PSC, which defended linguistic immersion only in Catalan until recently, is now in favor of a more flexible model that establishes bilingualism as the basis of the educational system.

Although the linguistic immersion model, as it has been applied by the Generalitat, has never received the endorsement of the courts, it was not until the second decade of the 21st century that the Justice took action on the matter, always at the request of parents and entities that have fought for their rights, and have shown that Catalan nationalism did not comply with judicial decisions, which began in the 80s of the last century. The linguistic issue and political neutrality in the classroom will focus the work of Free Teachers.

Silva, in statements to ABC, points out that «the Generalitat is going to slipstream, after those of us who are in favor of bilingualism had always gone against it, now we take the initiative, as has been seen in the Selectivity tests, which It has been changed for the first time. That's right, «before, the members of the court (of the Selectividad tests) were told not to notify the students that they had the right to take the exam in Spanish, and if someone asked for it, the member of the court went to the president and I had to tell him that there was a 'crazy man' who asked for it in Spanish and an incident was noted». And he recalls that "many students did not even know that they could take the exam in Spanish."

But this is no longer the case, since this year (the tests were held ten days ago), "everyone is asked in what language they want to take the exams and, from now on, the teachers will have to inform the students of what They have to do". And he adds: «It is a success. In the medium term, many students will take their exams in Spanish, without any problem». When they start to know it and see it normal. In Catalonia, compliance with regulations, laws and coexistence is celebrated.

So why is a teacher platform emerging now if the situation is better than in the last 30 years? «Because we continue to see that there is a deficit of representation among teachers. There are entities that defend families or students, but not teachers who are dedicated to defending the rule of law and against indoctrination. Silva specifies: "We are a loudspeaker for teachers who do not agree with nationalism, no one can speak on behalf of teachers without us."

The initiative is launched by thirty teachers and professors, and the objective is to "create a network" that has eyes and a voice in the greatest number of centers and regions. «We will not focus only on the linguistic issue, but it is clear that the linguistic issue is linked to much of the disobedience that takes place in the classroom. Refusing to apply a judicial sentence, such as that of 25 percent Spanish (of the Superior Court of Justice of Catalonia, of December 2020), is not a question of languages ​​but of democracy.

Among the promoters, in addition to Silva, are Sonia Sierra, Iván Teruel, Chari Gálvez and Pilar Barriendos, teachers who have already spoken out against linguistic imposition and indoctrination. And some were political representatives. "This is an assessment, if not an accusation - Silva clarifies -, which is only made if someone has had a relationship with Cs and the PP, but nobody questions the CUP teachers... We do not regret anything and they were commitments personal. What's more, in Catalonia, that should lead to a medal."

1 Alejandro Chicharro cuts the only ear in the semifinal... 2 The PP will seek a new fracture of the Government... 3 This is the plane that transports 'The Beast'... 4 Biden's 'Air Force One', the most recognizable... 5 Innovative entrepreneurship shakes off the fear of... 6 Textile sales, in tension due to inflation and the... 7 A huge security and logistics device travels with... 8 'The Beast', Biden's armored limousine... 9 The Mobile World Congress will continue in Barcelona... 10 Engineers advocate reopening rail tracks for freight 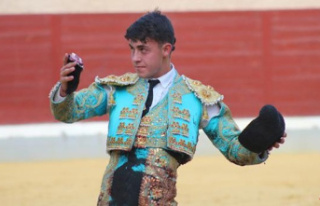 Alejandro Chicharro cuts the only ear in the semifinal...