The Venezuelan opposition leader Juan Guaidó has been attacked this Saturday by a group of people who have rebuked him during his visit to the city of Cojedes, in the northwest of the country, together with militants of his Voluntad Popular (VP) party. 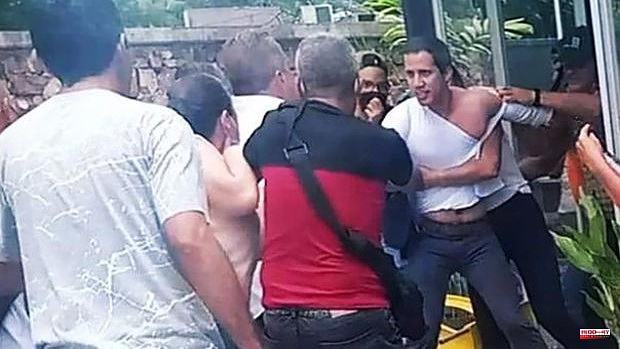 The Venezuelan opposition leader Juan Guaidó has been attacked this Saturday by a group of people who have rebuked him during his visit to the city of Cojedes, in the northwest of the country, together with militants of his Voluntad Popular (VP) party.

While he was meeting in a restaurant in Cojedes, a group of people entered and rebuked the Venezuelan opposition leader, insulting him, pushing him and even throwing chairs, tables and other objects at him, as shown by several videos that have been broadcast on social networks. social.

Guaidó's escort team has managed to repel some of the attacks, until finally they have managed to take the opposition leader to a car, which was in front of the restaurant.

The entity in charge of communication with the Guaidó press, the National Communication Center, has blamed the attack on militants of the party in the Venezuelan Government, the United Socialist Party of Venezuela (PSUV), more specifically the former PSUV candidate for the state de Cojedes, Nosliw Rodriguez.

“Among the leaders of this violent group was the former PSUV candidate for governor of Cojedes, Nosliw Rodríguez, as the press reports show (...). Maduro sends his henchmen and mercenaries to attack the democratic leadership that is in the street, touring the country," Guaidó's press office said in a statement.

They have also assured that the "attack" has been orchestrated by the Venezuelan government. In addition, they have maintained that "the life and physical integrity of President Guaidó" have been put at stake. “It is for violations like this that the International Criminal Court is investigating them for crimes against humanity,” they added.

"That you see there is Juan Guaidó. The one that many say that he is "comfortable" fighting a dictatorship like Maduro's, exercising the historical and constitutional role that he has been assigned. I would like to see several of those who criticize him assuming the same risks and dedication that he has », assured the deputy in the Venezuelan National Assembly for Popular Will Freddy Guevara, on his Twitter account, after the escrache to Guaidó.

Guevara has assured that, "after the ambush", the Venezuelan opposition leader has continued with his visit to the state of Cojedes. In addition, Guaidó himself has explained in a statement broadcast on Twitter that he has not suffered serious injuries and that he was already back in Caracas.

Guaidó's press team has assured that this is the second violent attack suffered by the opposition leader so far this month, after he was apparently attacked on June 3 in the state of Zulia, in the north of the country.

1 Extreme heat alert: list of Valencian municipalities... 2 Joaquín Benito de Lucas and Pedro Tenorio, in memory 3 The best hamburger in Spain: what are its ingredients... 4 Carriedo highlights the joint effort in the success... 5 They judge a man for sexually assaulting and threatening... 6 The Board offers 1,767 places in the 14 university... 7 Sebastián Villalobos, named canon 'Mozárabe... 8 Moscow: Russian-owned successor to McDonald's... 9 Ukraine's leader claims that his troops continue... 10 “I doubt that the Montelarreina barracks is a reality” 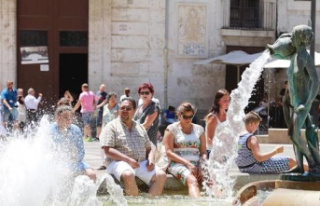