The Civil Guard of Melilla has dismantled a criminal organization made up of Spanish and Moroccan citizens dedicated to hashish trafficking, which operated between the Autonomous City and Valencia, which has resulted in the arrest of five people and the seizure of 264 kilograms of hashish. 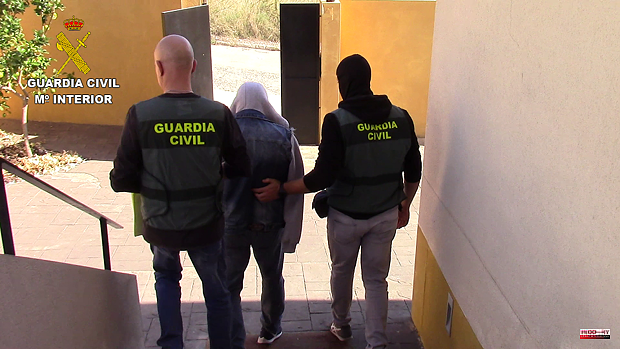 The Civil Guard of Melilla has dismantled a criminal organization made up of Spanish and Moroccan citizens dedicated to hashish trafficking, which operated between the Autonomous City and Valencia, which has resulted in the arrest of five people and the seizure of 264 kilograms of hashish.

As reported to the Melillan Command through a press release, the so-called 'Suque' operation began last June 2021 when operational investigation work detected the existence of an organized group dedicated to the transport of narcotic substances from Melilla to the peninsula, through "double bottoms" practiced in van-type vehicles.

The agents then intervened, in the port of Melilla, an Opel Vivaro model van, with temporary Spanish license plates, which had a very sophisticated double bottom and 264 kilograms of hashish were found inside, proceeding to the arrest of its driver. and sole occupant, a 43-year-old man, residing in the province of Valencia.

According to the police spokesman, the vehicles used by the plot to transport the drug were acquired by one of the leaders of the criminal organization in the Netherlands and transferred to the province of Valencia, where he lived, and double funds were made there to hide the drug. .

Later they were registered in the name of vulnerable people with economic needs, being an essential requirement that they did not have any type of police record, in order to exceed border controls without raising suspicions.

Finally, the aforementioned source added, the vehicle was transferred to the Autonomous City of Melilla where the drug was loaded in "garages" previously rented by the organization on the outskirts of the city, where they acted clandestinely.

The leaders of the organization, of Spanish and Moroccan nationality, resided in the city of Melilla and in Xeraco (Valencia) and were personally in charge of meticulously supervising the movements of the members of the organization, controlling all the phases regarding the purchase and recruitment , as well as the subsequent transfer of the drug, leaving no detail to chance.

The investigation has remained open to this day, under the secrecy of the proceedings, until the operational work related to money laundering has been completed, which has allowed the precautionary intervention of several real estate proceeds from the profit obtained illegally with drug trafficking.

The operation has been directed and supervised by the Court of Instruction number 5 of Melilla and has been carried out by the Organic Unit of the Judicial Police of the Melilla Civil Guard Command, with the support of that of Valencia.

1 Vox leaves the municipal government of Salas de los... 2 G-7 fears India's ban on wheat exports will lead... 3 Demonstration against Law 96 4 Israel will investigate the police action during the... 5 The stands of a pavilion in Elda collapse and leave... 6 The smell of marijuana leads the Civil Guard to a... 7 The first Lottery prize distributes 1.2 million euros... 8 Russia confirms the cut off of electricity supply... 9 Israel announces an investigation into police action... 10 De Gendt reigns in the breakaway in Naples and Juanpe... 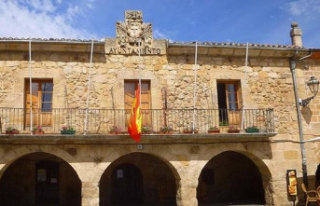