A colossal Jimmy Butler forces Game 7 in the Eastern finals

With 47 points from their leader Jimmy Butler, the Miami Heat won this Friday 111-103 at the Boston Celtics court and forced the seventh and final game of the NBA Eastern Conference final. 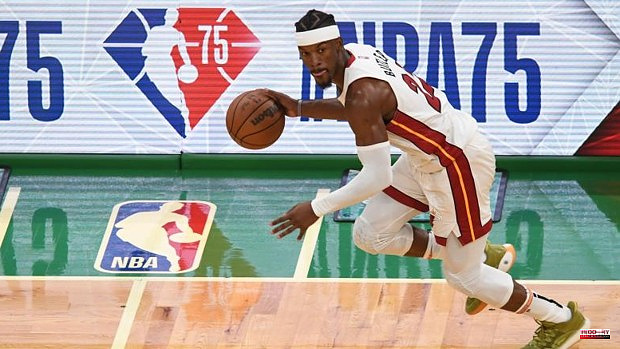 With 47 points from their leader Jimmy Butler, the Miami Heat won this Friday 111-103 at the Boston Celtics court and forced the seventh and final game of the NBA Eastern Conference final.

The Celtics lost the opportunity to seal their pass to the Finals in front of their public, where the Golden State Warriors, winners in the West, are already waiting.

With the tie tied at 3-3, Boston will have to earn its ticket to Game 7 on Sunday at FTX Arena in Miami.

The veteran Butler threw himself behind the Heat with a fabulous tally of 47 points, his record in the playoffs, 9 rebounds and 8 assists, in addition to several decisive baskets in the final stretch of the clash, when the Celtics had neutralized a deficit of 13 points.

"I had to find a way to win," Butler stressed after the win at TD Garden. "I let my team down a couple of games and I wasn't going to do it again."

The 30 points of Jayson Tatum, the star of the Celtics, and the 20 of Jaylen Brown were insufficient before the display of pride of the Heat, who continue to fight to return to the Finals after being runner-up in 2020.

Miami found motivation in the voices that, like Draymond Green, considered them eliminated after their last two losses, with which they lost the 2-1 lead they had in the series.

On Thursday, in full celebration of the elimination of his Warriors to the Dallas Mavericks, Draymond Green assumed that his rival in the Finals will be the Celtics.

"I don't pay attention to what anyone says," Butler said on his side. "We knew we were going to come here and win one. We know we're going to win this next one as well."

At 32, and eager to win the first ring of his career, Butler overcame physical discomfort and pressure from the 19,000 Celtics fans to complete his best postseason game.

The shooting guard, who grows in moments of maximum tension, ended the game with several spectacular actions when the Celtics had managed to tie at 99 just two minutes from the end.

"Jimmy brought his competitive will tonight," said his trainer, Erik Spoelstra. "And that will did not let us lose."

Butler, a six-time All-Star, had struggled in recent games because of knee problems but appeared on Friday in his version of the big nights, dominating the game on both ends of the floor.

The shooting guard rebelled against elimination and put his team on his back in an amazing first half in which he had 21 points, 9 rebounds and 6 assists.

Butler's display and veteran Kyle Lowry's direction of the game (18 points and 10 assists) allowed the Heat to lead the scoreboard despite another lackluster performance by center Bam Adebayo (6 points and 9 rebounds).

The Celtics, who were once again guilty of excessive turnovers, prevented Miami from distancing themselves thanks to the awakening of their figures Tatum and Brown, who added 36 of Boston's 46 points at halftime.

Butler then began to receive help on offense from substitutes Max Strus, with 11 points and 3 triples in the third quarter, and Victor Oladipo.

With 10 minutes remaining, Miami had a 10-point lead but Boston's backup point guard Derrick White (22 points) emerged to lead the hosts' comeback to even the score with two minutes remaining.

Butler then delivered the final blow with an additional free throw basket and then a spectacular half-turn shot that sent the series back to Miami.

"We've already won two games there, that's the positive part," Celtics coach Ime Udoka said. "We know we can win but we have to make it more difficult for them."

“On a scale of one to ten? Ten," Tatum responded about his confidence level for Sunday. “There are no secrets here. It's a seventh game, the ticket to the NBA Finals, there's a lot at stake."

The Celtics, whose title drought has lasted since 2008, are aiming to return to the Finals for the first time since their 2010 loss also to the Lakers.

1 Video. Biarritz, a professional mermaid who was invited... 2 Elections in Colombia: Petro, the power of change... 3 Environment. Extinction Rebellion blocks Stocamine... 4 More than 3,000 runners dye the Castellana with the... 5 Tudanca, before the municipal: "We have no right... 6 Murders, rapes and prostitution: the criminal face... 7 Fair Trade Festival in Valencia: program of activities... 8 The Netón of the 'green berets' or the... 9 Mazón: «The left is incapable of understanding that... 10 Paula Prado, one year after the municipal ones: "Every... 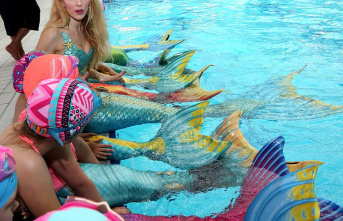 Video. Biarritz, a professional mermaid who was invited...