The Civil Guard of Alicante has clarified a crime of homicide with a knife committed in Jávea on the eve of last Christmas. 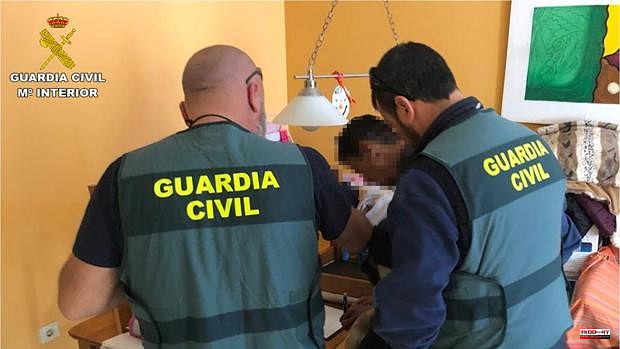 The Civil Guard of Alicante has clarified a crime of homicide with a knife committed in Jávea on the eve of last Christmas. The victim, a 96-year-old man, surprised the person in charge of cleaning the pool while trying to rob him at his home and who attacked him causing his death.

On December 21, 2021, the body of an elderly Spanish national was found at his home with obvious signs of violence. It was the family that found the lifeless body and immediately notified the agents.

Four months of arduous investigations finally put the Civil Guard on the trail of the pool maintenance manager, who had been working for him for five years.

As a result of the reconstruction carried out, the agents suspect that on that fateful December 20, the alleged perpetrator, aware that given the proximity of the Christmas holidays the victim could have cash at home, went to the home with the intention of robbing him. While he was searching the rooms, he was surprised by the old man, which then produced the aggression that ended his life. The author took a laptop as loot and fled the scene.

On April 21, the alleged perpetrator was arrested in Benitachell. This is a 58-year-old man, of Colombian nationality, who is charged with the crimes of murder with a knife and robbery with violence and intimidation. At the time of his arrest, he had a valid arrest warrant from his country of origin for drug trafficking.

1 New Line 10 of the Valencia Metro: map with stops,... 2 The National Churro Sheep Cattle Fair will graze a... 3 Ana Iris Simón will be the announcer of the 2022... 4 Barkala commits to signing the "best Basque footballers" 5 Cannes Film Festival 2022: the stars expected at the... 6 Virginie Efira: who is her companion Niels Schneider? 7 The climate of violence in Chile dislodges Boric,... 8 Cristóbal Montoro advocates a "selective"... 9 Kick-off between stars and zombies in Cannes 10 Badosa: "I don't get to Paris as I would... 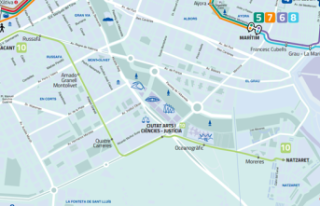