The Community of Madrid presented this Monday the Chair of Spanish and Hispanic Heritage of the Universities of the region with the aim of "valuing" history and culture against "infamies" and "harassment". 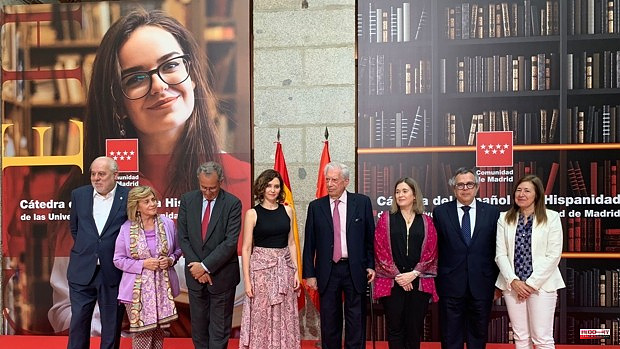 The Community of Madrid presented this Monday the Chair of Spanish and Hispanic Heritage of the Universities of the region with the aim of "valuing" history and culture against "infamies" and "harassment". As paradoxical as it may seem, a language as strong as Spanish, spoken by 580 million people, and a culture of such enormous miscegenation as the Hispanic, which has spread throughout the world for centuries, require a refuge where contrast slander and distill the facts. Where cultivating history expands the bases of our mestizo and broad cultural identity in the global world. For all these reasons, in the presence of the president of the Community of Madrid, Isabel Díaz Ayuso, Nobel laureate Mario Vargas Llosa wanted to tell this story, that of a language that changed the world centuries ago without the support of any government, but that today Nowadays, especially in Spain, it suffers attacks and that is why the creation of a chair like the one presented yesterday at the Madrid government headquarters makes sense.

It will be called the Chair of Spanish and Hispanic Heritage and the universities of the region have agreed on it. Its objective is to "value" history and culture. This chair has the complicity of academics from all over the world, scholars with criteria to debate and annul slander. Because history serves to interpret the present, as was said yesterday. The chair will be directed by the historian of the CSIC Manuel Lucena Giraldo, collaborator of ABC.

Vargas Llosa has affirmed that Spanish "without a doubt is one of the most lively and most widespread languages ​​on the planet", although it is "increasingly important and less supported by the governments that have Spanish as their official language". For his part, Díaz Ayuso recalled that “Spanish speakers arrive in the world with “1,000 years of culture in Spanish” and added that “the Spanish soul is liberal, generous, brave, tolerant and firm”. The Chair "discards infamies and rescues truths", according to the counselor Enrique Ossorio, who recalled how populism is "spurring and reinventing" the black legend. Part of the documentary by José Luis López-Linares on the first Spanish globalization, that of the 16th century, was screened in front of a large audience from the university and cultural spheres (the counselor Marta Rivera de la Cruz was also present), in which the numerous historians of the highest prestige.

1 The church of San Miguel de Talavera enters the Red... 2 The university will offer a master's degree in... 3 Prado, on the appointment of Feijóo: "You can... 4 Sangenjo breaks hotel occupancy records on the weekend... 5 ABC editor Montse Serrador will perform the Exaltation... 6 The Taking of Granada, the historical event that Congress... 7 The Generalitat promotes an industrial development... 8 Villarejo asks the judge to return some microtapes... 9 The tears of Jorge Molina: when passion has no age 10 Dress rehearsal of the 52 Super Series in the Rías... 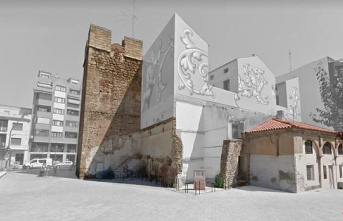 The church of San Miguel de Talavera enters the Red...