A caregiver has been sentenced in Valencia to two years in prison and to pay 4,000 euros in compensation for abandoning the elderly disabled woman she cared for, who died in hospital from a respiratory infection that was aggravated by this lack of care and malnutrition. 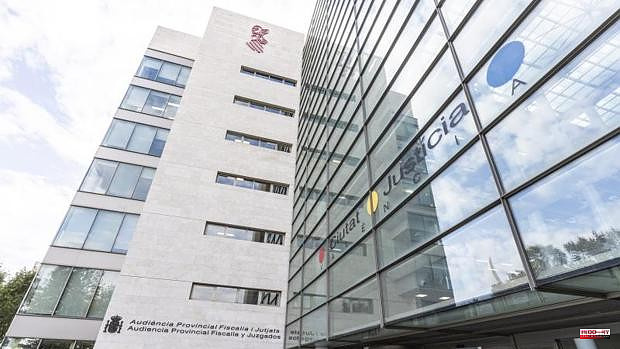 A caregiver has been sentenced in Valencia to two years in prison and to pay 4,000 euros in compensation for abandoning the elderly disabled woman she cared for, who died in hospital from a respiratory infection that was aggravated by this lack of care and malnutrition.

This is stated in the sentence, against which there is an appeal, in which the woman is sentenced, who worked as a non-professional caregiver for the old woman, born in 1923 and totally dependent on her. For a period of time, according to the resolution, the now condemned woman carried out her work without incident but, since the summer of 2016, having to dedicate all her attention to a business that her husband had opened, she did not provide the old woman with the care essential and necessary care.

As a consequence, the woman presented malnutrition, dehydration, lack of hygiene and unhealed wounds. At the request of the son, the situation of dependency was reviewed by social services and in January 2017 he was granted a place in a residential center, where he was admitted on February 7, presenting at that time "a state of significant malnutrition, with great dehydration », in addition to food nausea and vomiting, peeling, lack of hygiene and unhealed wounds.

Given her situation, the woman was transferred on February 9 to a health center where she died four days later from a respiratory infection. The court has condemned the caretaker by understanding, by exposed medical reports, that the "regrettable state" that the patient presented when entering the residence "showed a total lack of care and attention of the elderly woman for quite some time ago" and a state hygienic and with wounds that "cannot arise from one day to the next".

For the magistrate, "there is no doubt that the only person in charge of the care did not pay the old woman the due attention and adequate dedication, since the state of the old woman described by the doctor of the residence can only be justified from the absolute apathy and disinterest in care", without assuming "at all" the explanations provided by the accused and corroborated by her friends about the food and hygiene that she provided to the woman daily "because in that case she would not have presented such a state unfortunate to be transferred to the residence ».

1 Salamanca delves into the latest advances in cancer... 2 Hunger claims a life in the Horn of Africa every 48... 3 Reopening of the United States Embassy in Kyiv, closed... 4 Historical record in greenhouse gases and in the increase... 5 How can you stay motivated and achieve your goals? 6 Driver's license for foreigners: six suspects... 7 Pitched battle between German and Scottish fans in... 8 Summary of Plus belle la vie episode 4543 of May 18,... 9 “L’air d’aller”: Antoine Olivier Pilon and... 10 A chemical accident at the Manises water treatment... 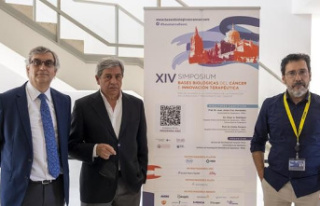 Salamanca delves into the latest advances in cancer...