A boat will travel to the site of the Pitanxo shipwreck, but not to go down to the wreck

This Sunday a ship will leave Vigo for Newfoundland chartered by the Spanish Institute of Oceanography. 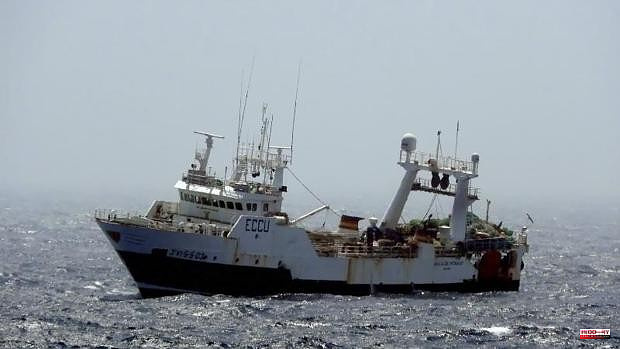 This Sunday a ship will leave Vigo for Newfoundland chartered by the Spanish Institute of Oceanography. Galician and Portuguese researchers will travel on it with a single mission: to study fishery resources in Canadian waters. Nothing related, criticize the relatives of the 21 deceased in the Villa de Pitanxo shipwreck, with the investigation of the accident that occurred on February 15. The expedition will depart without the families having received a prior announcement from the central government, which they dislike for months ignoring their request that a robot go down to the wreck to analyze the causes of the event. “We are today, more than ever, disappointed. It is the last straw of the Spanish Government's attitude towards the victims.

Nothing has been communicated to us, ”the spokeswoman for those affected, María José De Pazo, reproached first thing this Friday morning.

The anger at the lack of communication on the part of the Executive of Pedro Sánchez focused on the fact that the ship is not expected to transport the necessary material to carry out inspections of the wreck. “We are going to ask that if that ship can carry the robot and the sonar according to the technicians, that the departure be stopped and that equipment be introduced,” said De Pazo, shocked by the situation. "Absolutely nothing has been communicated to us by the Government about the Norwegian company's offer of a robot and a side-scan sonar for free to be able to go down to the ship. It is totally unacceptable”, insisted De Pazos, assuring that there are national ships that have been going to Newfoundland “for decades”, and explaining the need to go down to the wreck this summer due to the weather situation. "We are more disappointed than ever," she added to the media.

While waiting for a press conference that the relatives of the victims will offer this Saturday in Vigo, the families have already announced that they will move to Madrid next week to demonstrate against the Government's decisions on the worst maritime accident of the last forty years of Spanish naval history. Despite not specifying a date yet, he did say that it will be next week when they go "with banners" to Congress or directly at the gates of La Moncloa, since they have been requesting a meeting with Sánchez for three months, who has not received them. There they will be accompanied by several unions that have already shown their support, according to De Pazos herself.

Declaration in the AN

These criticisms coincide in time with the statement that the boss of Villa de Pitanxo, Juan Padín, will offer this Monday as being investigated for 21 homicides. On the same day, and before the court of the National High Court, the declaration of the other two survivors of the tragedy, Eduardo Rial and Samuel Kwesi, is also scheduled, which contradicts Padín's version and insists that the ship's engine was not stopped suddenly, but the rigging winches broke and the boat heeled over when the captain refused to release the catch and the compartments flooded within minutes.

1 Casper Ruud will face Nadal in the final after beating... 2 Tomás Rufo and Malvarrosa: a fight to the death 3 Casper Ruud meets his idol Nadal in the Paris final 4 Russia could be staying in Ukraine after 100 days... 5 Former Trump aide Navarro indicted by the Jan. 6 panel 6 100 speeches in 100 days: Zelenskyy rallies Ukraine 7 Cops shoot Texas escapee, who murdered 4 children... 8 A shocking secret: Russia-Ukraine war is shaped by... 9 Sky high: Carbon dioxide levels in air spike past... 10 Rep. Jacobs, Republican, to resign after supporting... 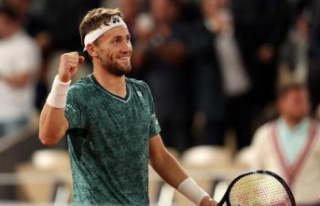 Casper Ruud will face Nadal in the final after beating...