Important stakeholders will be missing at the meeting on prostitution with social affairs minister Astrid Krag believes gadejurist. the Social - and the inter 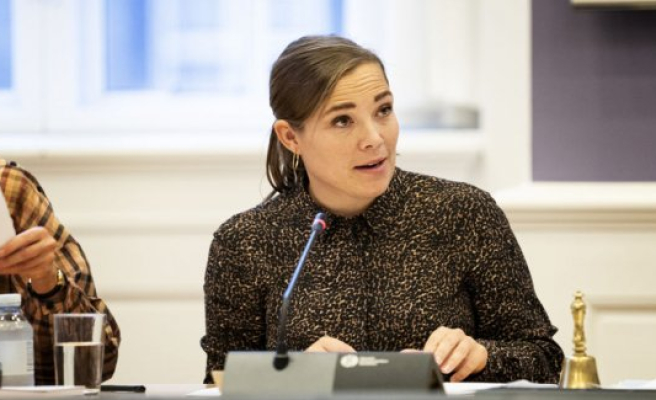 Important stakeholders will be missing at the meeting on prostitution with social affairs minister Astrid Krag believes gadejurist.

the Social - and the interior minister, Astrid Krag (S) to the Wednesday meet with relevant stakeholders to a round table meeting on the help to prostitutes.

the Debate on prostitution has recently been scorching, since the government imposed a working group, which since January has looked at how the prostitutes terms can be improved.

According to the minister, there is no prospect to resume the working group. Instead she will use the meeting to learn about the problems and solutions in this area.

- When we look at the welfare state, so there are groups of people, we do not help well enough, and that falls through all the holes in the system, and the group is prostitutes.

- the rights of The prostitutes have on paper, they have not, in fact, says Astrid Krag.

The now disused working group had among other tasks to clarify the options to ensure prostitutes the right to unemployment benefits and sickness benefits.

However, the minister will instead focus on helping prostitutes out of the industry with the so-called exitpakker.

At Wednesday's roundtable discussion will be Danish Regions, former cooperation and Gadejuristen among other things be present. Also a representative of the prostitutes - Sofie Icy from the organization sex trade Denmark - will participate. She riles over the setup.

- I have a hard time to see that the meeting will lead to something good for the sex workers, because the agenda is to get sex workers out of the industry.

- I have large network in the industry, and I know of very few sex workers who wish to leave the industry. On the way we come to be spoken over his head. They (the government, red.) will save us, but what is it they are going to save us from? It is a demand, says Sofie Icy.

According to the lawyer Maja Løvbjerg Hansen, who participate for the Gadejuristen, providing legal aid to vulnerable citizens, it is worrying that Sexarbejdernes interest group (SIO) does not participate.

- We can well understand that a new minister will want to make his mark, but we are really wondering that sexarbejderne itself is not involved, via the SIO, who have organized sex workers in almost 15 years.

- in General, it Gadejuristens position, that when you talk about a group of people, we have to talk with them. At the same time, we also have the most knowledge-intensive organisations such as Amnesty, seksualpolitisk forum and Sex & Society on the track, says Maja Løvbjerg Hansen.

the Government recently signed an agreement on exitpakker of 55 million dollars to the prostitutes.

1 German lastbilschauffør perished in the accident... 2 WORLD cup star releasing dream outside the court:... 3 Herning download much-needed victory over Rungsted 4 Toft in vain brandkamp: Think only on the last goal 5 Every fourth child is growing up with war or disaster 6 Lawmakers in the UNITED states would punish China... 7 Constrictor is on the loose on the Island 8 Parents can end with a part of the bill to more educators 9 Canadian firefighters will extinguish fires in Australia... 10 Ancient traditions abandoned in the boksebrag German lastbilschauffør perished in the accident...