the UNITED states embassy in Denmark refused the participation of the researcher at the conference, which was therefore cancelled. The american scholar and Na 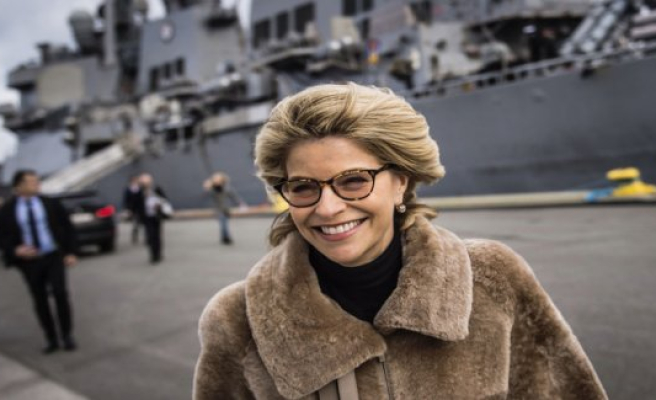 the UNITED states embassy in Denmark refused the participation of the researcher at the conference, which was therefore cancelled.

he does so in the context of a political and security arrangement in Parliament 4. april 2020 organized by the Nordic Dialogue, which is an independent discussion and meeting forum.

- We would like the critical dialogue, where you can exchange opinions and views and get the various shades.

- In a democracy like Denmark, it may not fit to hold a critic from the to be with. It starts the closest to getting the character of that one is in China, Russia or Turkey, says Preben Bonnén.

the think tank Atlantsammenslutningen had Sunday to cancel a conference, to celebrate the Nato's 70-year anniversary, with sloan's participation in Frederiksberg.

The us embassy, which was co-organizer of the conference, refused the participation of the american researcher who has several times expressed themselves critical of the president of the UNITED states, Donald Trump.

Stanley Sloan confirms in an email to DR News that he is participating in the Nordic Dialogues event.

- I have agreed to participate in the program and comes to Denmark, out of respect for the country's sense of duty to the liberal democracy, the transatlantic alliance, and the freedom of expression, he writes in an email.

the Conference organized by the Atlantsammenslutningen and the us embassy should have taken place on Tuesday.

The us embassy has in the past, in a written communication expressed annoyance over the cancellation. The embassy stressed in the same token, to support freedom of expression.

Preben Bonnén is not impressed by the process.

- I think that Atlantsammenslutningen made the right choice to cancel. I think it was the right decision.

- Conversely, I will also say that Atlantsammenslutningen never, ever should have entered into a collaboration with the american embassy, if you would like to appear objective and neutral, says Preben Bonnén.

At the Nordic Dialogues event is Sloan, one of several speakers. According to Preben Bonnén can Sloan help with an analysis, which "should be disseminated to a larger audience, including the Danish".

the Event in the Parliament takes place 4. april, on the anniversary of Nato's 70th anniversary.

1 Two men treading over the patruljebil - witnesses... 2 After the big search: the 63-year-old Ingrid is found 3 Police investigating the 38-year-old woman's death 4 Parents anger over the decision to close Denmark's... 5 Minister with wild ambition: Will lowering the wait... 6 Cocky Toft for new triumph: 'It tends to be an advantage' 7 Ljungberg sing: Getting his first victory 8 Man suspected of assaulting hundreds of boys 9 Committed acts of vandalism against the police - now... 10 High school stopped the students 'babekalender': 'to...