Minister and professionals focuses on the social problems behind prostitution

There was emphasis on the social challenges such as abuse, since the professionals on Wednesday met with minister of prostitution. It was a positive meeting a 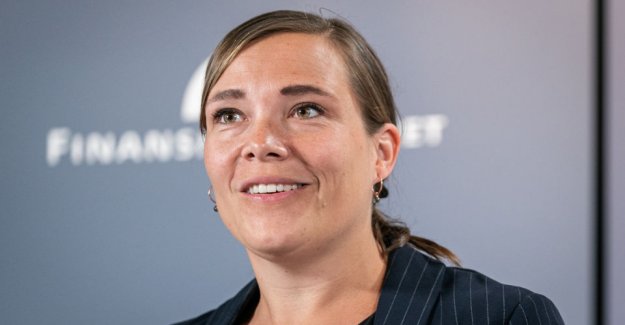 There was emphasis on the social challenges such as abuse, since the professionals on Wednesday met with minister of prostitution.

It was a positive meeting about prostitution as a social - and interior minister, Astrid Krag (S) Wednesday held with a number of actors in the field.

It says Sofie Icy from the sex trade of Denmark, representing the prostitutes.

the Meeting focused in particular on the underlying social challenges such as homelessness and abuse.

It was a positive meeting, but it was mainly about homelessness and abuse, and not so much about sex work. It was a little funny, and it made it strange, that I sat there, I came on behalf of the sexarbejderne.

- sex work can be a pleasure, but for those with social problems to be the solution to challenges such as homelessness and abuse. It was all agreed, and that is fine, but I miss still, we are talking about the rights and decriminalization, says.

the Debate on prostitution has recently been scorching, after the government in October imposed a working group, which since January has looked at how the prostitutes terms can be improved.

in addition to the sex trade of Denmark attended the former cooperation, Danish Regions and the Gadejuristen.

At Gadejuristen, it is feared that a focus on social problems is going to stand in the way of women in the profession will get equal rights.

We are worried that the government puts an otherwise in the way of good process in time, which is about gadekvinders challenges, but at the expense of looking at the sexarbejderes relationship in general.

- We had just hoped that we could also see that there are men and women who sell sex, because they want to, and so help to ensure that it is done under equal conditions with the rest of the labour market, says the lawyer Maja Løvbjerg, as represented Gadejuristen.

The criticism is social and the interior are not entirely in agreement.

- the Bet for me, as social security is about to lift from the bottom and help the most vulnerable people.

- It was not about to normalize prostitution as a part of our regulated labour market, and therefore, it was not about labour, but the part was we also agreed to disagree on, says Astrid Krag.

the Government recently signed an agreement on exitpakker of 55 million dollars to the prostitutes.

But the focus should be wider than only on exit, believe Astrid Krag.

- If you suffer from illness, abuse or deep debt, so is the first and most important help not to take them out of prostitution, but make sure to help with the problems, which means that there are vulnerable people, who must work as prostitutes themselves, sounds it.

1 The sweet music of the sounds between the Sverigedemokraterna... 2 B. T. reveals: Captain Carlsen fired after spilleruro 3 Dramatic accident - three ambulances and a helicopter... 4 Man dead in accident at work 5 Lægehelikopter fired upon with laser light 6 Rasmus got amputated his leg: 'Surreal, I have not... 7 See the goal: burning hot Dolberg does it AGAIN! 8 Trump calls Trudeau false and cancels his Nato press... 9 Pictures of spraymalet polar bear arouses anger 10 Global emissions of CO2 in 2019 hit a record 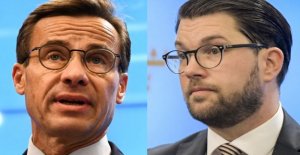 The sweet music of the sounds between the Sverigedemokraterna...