Man arrested for knivangreb of three teenagers in the Hague 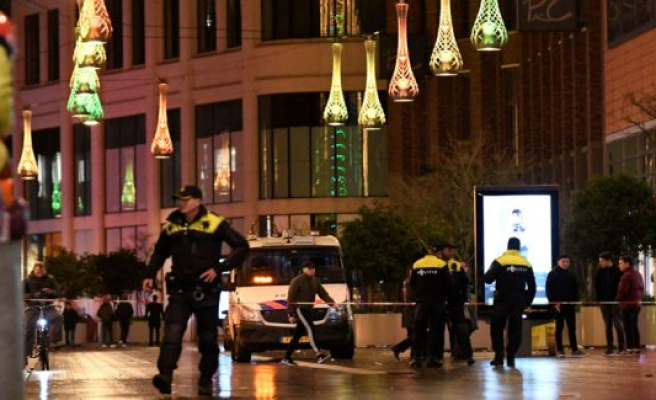 A 35-year-old man has been arrested as a result of a knivangreb in the Hague on Friday, informs the Dutch police.

Dutch police have arrested a 35-year-old man for a knivangreb in the Hague on Friday night, where three teens were wounded.

- the Man has no fixed place of residence. He gets transferred to a police station, where he will be questioned, writes police on Twitter early Saturday evening.

A 13-year-old boy and two 15-year-old girls were stabbed in the attack, which took place at the Grote Marktstraat, which is a large shopping area in the centre of the city.

the Hague is with one million inhabitants the third largest city in the Netherlands.

The three victims were quickly sent to the hospital, but already later the same evening they were printed. They did not know each other.

Police have not reported anything out of what the man's motive for the attacks was supposed to be. It investigates the wide, sounded the message earlier Saturday.

the Grote Marktstraat was Friday night close to populated by people who were on the lookout for good deals in the occasion of black friday. Photos from the site shows customers that in a panic run from the scene of the crime.

the Attack took place hours after two people were killed by knife wounds in the central part of London in England.

The alleged perpetrator of the assault, a 28-year-old man, was overpowered by passers-by and shot and killed by police.

1 Liverpool are running the home on the routine 2 Big power outage in south Jutland 3 Customers confused over delayed christmas trees in... 4 App making Crimea part of Russia: Apple is investigating... 5 Islamic State takes the blame for knivangreb in London 6 Irish boat-mystery solved: After three years, the... 7 Kompromiskandidat is the new president of the German... 8 Allegri storfavorit as the new Arsenal manager 9 City in the dark - big power outage in the town of... 10 After the duel-the victory: 'A great achievement' Liverpool are running the home on the routine