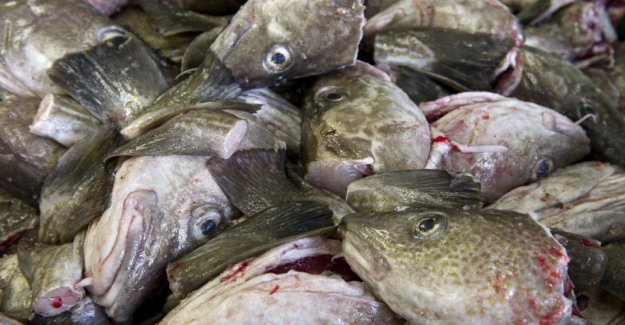 Denmark after negotiations in Brussels ready to introduce camera surveillance of both when fishing.

After negotiations on the night of Wednesday in Brussels, the fisheries minister Mogens Jensen (S), the country agreement, with Denmark as the first country in Europe to introduce the electronic monitoring of fisheries on a large scale.

This was stated in a press release from Environment and Food.

Fiskeriministeren have since Monday been involved in negotiations about fishing quotas in the North sea, the Skagerrak and the Kattegat.

- as such, the Agreement is reasonable, says Mogens Jensen.

- It has been crucial for us in the Danish government to ensure that the management of the fish should become more sustainable and at the same time, ensure quotas at a level where there can still find the fishing place.

- Now we have ensured, as it is perhaps the most important point for Denmark, that there still is a small by-catch quota of cod in the Kattegat sea, so the fishermen can continue to catch lobster, which is the major fisheries in the Kattegat, he says.

The electronic surveillance will be introduced in bundtrawlfiskeriet in the Kattegat, and it comes according to fiskeriministeren expected to include between 120 and 150 of the bottom trawlers.

International experts have recommended that next year at the capture of cod in the Kattegat.

however, It would mean that one would have to shut down for the fishing of norway lobster in the Kattegat sea, where cod is an inevitable by-catch.

Denmark has therefore decided to follow a recommendation from the EUROPEAN Commission, which establishes a by-catch quota of 130 tonnes of cod in the Kattegat.

this will 80 tons come from Danish fisheries.

at the same time, we have secured the quota, we now move to the front in Europe and introduces electronic monitoring of fishing vessels, then we much better can control which species are caught, and what size they have, says Mogens Jensen.

- It ensures a much better management of fisheries, and in the long term, it affords us better opportunities to determine and determine what development there is in stocks.

- So it is the right path, if we want a more sustainable and green fisheries, says fiskeriministeren.

At the Danish society for nature conservation, there is not satisfaction with the overall agreement for fishing in the Danish waters.

fish Stocks in Danish waters have for decades been overfished. Therefore, we had of course hoped that it would succeed in achieving the goal of sustainable fisheries in 2020. It is when we do not. And again, the EU countries have not followed the researchers ' advice.

- And of course it is disappointing, that the governments overall have not sufficiently taken into account the pressure on the fish stocks, says president Maria Reumert Gjerding in a press release.

She sees a bright spot in Denmark to introduce the electronic monitoring.

With the Danish fishermen's Association believes president Svend-Erik Andersen, there going to hang the "black clouds" over the industry next year because of reduced cod quotas in the North sea, the Kattegat and the Skagerrak.

- the Dialogue is missing. It is striking, that one does not involve the profession more in the work with kvotefastsættelsen.

On the way, we could get a more sustainable fisheries management and, for example, to avoid the large fluctuations in the quotas, as we have seen in recent years, he says.

1 Blair after the defeat in the elections: We pursued... 2 Dane with regard to Putin loses big tax case 3 Mental illness young men to drop secondary education 4 Christmas is indbrudstyvenes party: How to ensure... 5 'Miserable one', 'rock star' and 'kultspiller': There's... 6 Icy Bjorkstrand scores again - lowers Frans Nielsen... 7 He falls Trump in the back? Him, we must keep an eye... 8 Indian supreme court postpones the controversial law... 9 Police are asking desperately for help - Benny is... 10 Report: Lack of locking was the reason for the train... 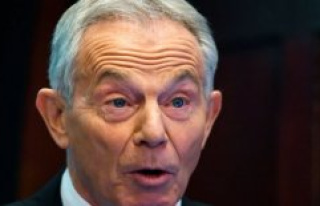 Blair after the defeat in the elections: We pursued...