Birthe loves meat: 'I damn don't care if I get skældud'

If the 75-year-old Leslie Nielsson from Odense gets its way, there is veal or beef for dinner. Forget plantesteg, chickpeas or plantefars. Birthe holds on to th 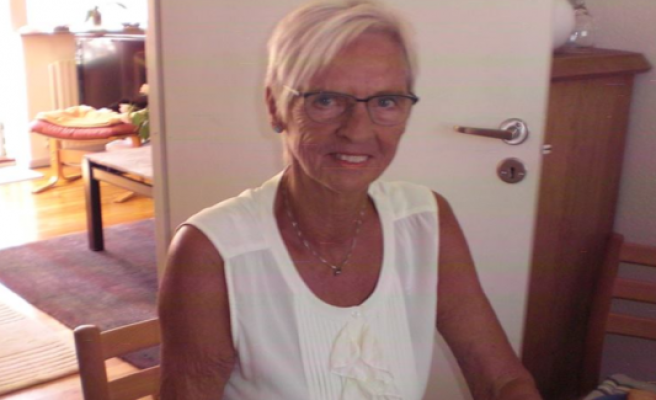 If the 75-year-old Leslie Nielsson from Odense gets its way, there is veal or beef for dinner. Forget plantesteg, chickpeas or plantefars. Birthe holds on to the meat.

"I love meat. And you know what? As an old woman of 75, I would have my goods in peace," says Leslie Nielsson and continues:

"I know that there are many who advocate that we must ditch the meat. But I damn care if you must be insulting to eat meat. I have never personally experienced skældud for it, but I can promise you that I give tit for tat, if any samples."

Gary is far from alone.

A new study from the food culture has just shown that 79 percent of danes evening meals containing meat.

This is an increase compared to the years before.

An increase, which has happened, although the one survey after another in recent years has shown that the danes say that they eat less meat or want to eat less meat – for the sake of the climate.

For Catherine trades her continued intake of meat is not that she has anything against climate action.

"I'm buying for example, no plastic bags anymore, and I save where I can. So I'm totally with you on that," she says:

"But I'm not cutting down on meat, I can like a piece of meat. I love a piece of beef or veal, and I am comfortable with."

For Jon Fuglsang, who is madsociolog on the Copenhagen College, it is not surprising that the danes still eat plenty of meals with meat.

"it is One thing to say that you would like to change his eating habits. It is quite another to do it. There is really big difference between the two things," says Jon Fuglsang:

"the Danes are busy. And when we need to cook dinner, which we can do quickly, and tastes good, it is often with meat. For the dishes we know. They are located on the backbone," says Jon Fuglsang.

the Debate about meat or not get the waves to go extremely high.

As the Politiken as the first media wrote about the survey on Monday, it developed into a decidedly ordkrig on Facebook.

Here has over 922 commented to Politiken's article, and the waves go extremely high.

In one camp rows droves of users down on the danes, who continued to eat a lot of meat.

In the other camp declares, the people tired of having to insulting, because they continue to eat steaks and fry.

"There is no doubt that there is a form of udskamning of meat-eaters, and that the debate in this area is very sharp, and polarized," says Jon Fuglsang:

"There is a værdikamp. There are a lot of modern consumers who want to flaunt that they are modern, and right now it is fashionable to eat less meat."

"On the other hand, there is a very traditional food culture. And the two clasher right now."

Jon Fuglsang think that there is a long way for meat consumption for the severity of the fall in Denmark, even though it is necessary.

"It's all about habits. There are voices in Denmark, which arise very sharply and often out of kødfrie days and products. But the cast takes up a lot more than the trend of the real are widespread in the Danish population."

1 Former teammate criticizes Michael Schumacher 2 Ottesen and Beckmann swimmer in the butterfly final... 3 B. T. mean: Avoid scandal: listen to the patients 4 Masked men thrust the 18-year-old down in the shopping... 5 Rocker-rapper to perform for the young people: 'A... 6 Asian woman tired of small penises 7 Insane situation in the EM-finale: Bronze-rain over... 8 After the great defeat of the Premier League club... 9 Everton fire a manager after a bad start to the season 10 Mistrust to the minister triggers the Swedish government...