98.67% of students obtain a place in their educational center in their first or second option application 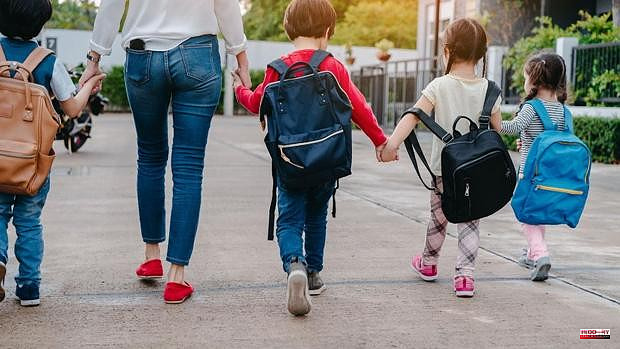 98.67 percent of the students in Castilla-La Mancha who have applied for a place in the second cycle of Early Childhood Education, in Secondary Education and in Baccalaureate have obtained a place in their educational center in their first or second option application.

Specifically, the percentage of those admitted in the first or second option in compulsory education -Infant, Primary and Compulsory Secondary Education (ESO)- has been 98.31 percent; that is, of the 34,735 students who submitted their application, 34,148 students have obtained the place they required.

On his side, the percentage of admitted in first and second option in Baccalaureate has been 99.04 percent; that is, of the 14,089 students who submitted their application, 13,954 students have obtained the place they required.

In this edition, the Baccalaureate schooling process has been dissociated from that of ordinary education. The Lomloe included a new modality for this educational stage, the so-called General Baccalaureate, which marked the new admission calendar in a timely manner, the Board reported in a press release.

Among other issues, and unlike other years, Castilian-La Mancha families had to choose between the Baccalaureate of Sciences and Technology, the Humanities and Social Sciences, the Music and Performing Arts, the Plastic Arts and Design and the General Baccalaureate, these last three newly created.

The Minister of Education, Culture and Sports, Rosa Ana Rodríguez, has shown her conviction that the 2022-2023 admission process, which has been regulated by the new Student Admission Decree, published on January 10, «has been a modern and balanced process, which has guaranteed in the same way equality and freedom of choice of center and that has respected the basic principles of the Constitution».

After the final award, held on June 29, the registration period remains to be completed. In the case of Baccalaureate, this period runs from June 30 to July 8. In the case of compulsory education, the period is between June 30 and July 6.

1 The region has in Valdepeñas the largest still wine... 2 The Generalitat believes that the TSJC's response... 3 The Diputación de Soria opens the term to apply for... 4 The Valencian river chosen among the six best in Spain... 5 The TSJ returns the investigation against Mónica... 6 Complaint of the Education unions for the lack of... 7 The number of women who decide to rehabilitate themselves... 8 Princess Leonor and Infanta Sofía continue their... 9 The enigmatic funerary piece to Doña Mayor Guillén... 10 Mónica Oltra personally offered her successor the... 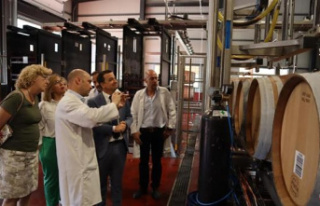 The region has in Valdepeñas the largest still wine...