8,555 students will take the University Access Assessment tests at UCLM from June 8 to 1

A total of 8,555 pre-university students have formalized their enrollment in the University Access Assessment tests (EvAU), -still called Selectividad by many-, which will be held from June 8 to 10 in the university district of Castilla-La Stain in one of the thirty-three venues distributed throughout the provinces of Albacete, Ciudad Real, Cuenca and Toledo. 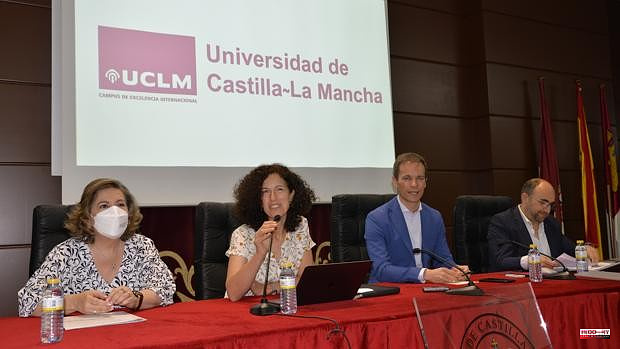 A total of 8,555 pre-university students have formalized their enrollment in the University Access Assessment tests (EvAU), -still called Selectividad by many-, which will be held from June 8 to 10 in the university district of Castilla-La Stain in one of the thirty-three venues distributed throughout the provinces of Albacete, Ciudad Real, Cuenca and Toledo.

The current call brings with it an increase in the number of students of 1.47 percent compared to June 2021, when 124 fewer students enrolled in the tests. This increase is generalized in all the campuses, with the exception of Albacete, in which 2,053 students have enrolled, 1.01% less than in the previous ordinary call.

In the rest of the campuses, the greatest increase was recorded by Ciudad Real, with a rise of 3.56% and 2,443 enrolled; followed by Cuenca and Toledo (including the Talavera de la Reina campus), which saw enrollment grow by 1.82 and 1.44%, respectively, for a total of 892 and 3,167 students, in that order.

The data was released today by the Vice-Rector for Students, Ángeles Carrasco, in a joint appearance held at the Ciudad Real Campus together with the General Director of Universities, Research and Innovation of the Board, Ricardo Cuevas; the president of the Single Court of the EvAU, Rocío Gómez; and the technical coordinator of the tests, Jesús Manuel Molero.

Like last year, and exceptionally, pre-university students will carry out tests adapted to the pandemic situation that has conditioned academic activity due to circumstances such as specific confinements, blended attendance or even illness. Thus, a single exam proposal per subject is proposed, but with greater optionality to make the evaluation more flexible, which will mobilize more than seven hundred people between guard teachers, correctors and auxiliary service personnel.

Likewise, in this call the tests maintain their structure and development, with a compulsory part that does not expire and that includes three common exams for all students (History of Spain, Spanish Language and Literature II and First Foreign Language II) and a subject modality core depending on the Baccalaureate option taken; and another of a voluntary nature, valid for two academic years and which allows the admission grade to be improved. To calculate the admission grade for access to official undergraduate studies, the average of the Baccalaureate will count 60% and 40% that obtained in the compulsory phase of the Evaluation for Access to the University, provided that it has obtained a grade equal to or greater than 4. The test will be considered passed if the final result after applying the different weightings is equal to or greater than 5. The grade may be increased up to fourteen points by adding to it the weighted grades of a maximum of two exams of the voluntary phase.

Likewise, and despite the improvement in the health situation, the UCLM, in collaboration with the regional government, has updated the Covid-19 Prevention Plan, recommending maintaining a safe distance and the use of masks. Students who are infected and have mild symptoms at the time of testing may take the exams, but must wear a mask at all times.

If they present disabling symptoms, they will have to request a report from their family doctor and report it to the evidence subcommittee, which will determine how to proceed.

The University of Castilla-La Mancha will publish the official results of the EvAU in the afternoon-evening of June 14 and each student will receive their grades in the email address they provided at the time of enrollment. As of June 15, students will have to download the electronic card of the EvAU grades through the UCLM Virtual Secretariat, which is mandatory for registration and enrollment in undergraduate studies. This card includes a digital signature and it is not necessary to certify it.

The student who is not satisfied with the grade obtained in any subject and who has not downloaded the final card may request a second correction online, which will always be done by a different teacher from the first one, through the application of the tests of access. The request must be made within three business days after the official publication of the qualifications. On June 22, UCLM will communicate the result of this second correction by email and, the following day, June 23, the student who has claimed will be able to download the final card.

The general director of Universities, Research and Innovation of the regional government has appealed for the tranquility of the students, recalling that last year more than 96% of those presented to the ordinary call passed the EvAU, and has asked them to "be stay to study at UCLM. It is a very good university." Likewise, the Vice-Rector for Students has assured that UCLM is "a very good choice" and that it is "our wish that everyone with a varied, current and very competitive offer of titles."

For the 2022/2023 academic year, the Regional University will offer 6,235 new entry degree places. The registration period will open on June 20 and end on July 8.

1 The detainee for assaulting his partner in Carballo... 2 News in the case of the Alcàsser girls: they request... 3 Feijóo asks European leaders for their trust: "We... 4 The Lyceum confirms the information from ABC and again... 5 A total of 218 works are presented for the first edition... 6 They donate millions of dollars for the children of... 7 Garzón: «A large fortune that charges 200,000 euros... 8 The European Justice endorses the resolution of Banco... 9 Justin Bieber Visits Tim Hortons Office in an Experiment... 10 The keys to Nadal's victory against Djokovic 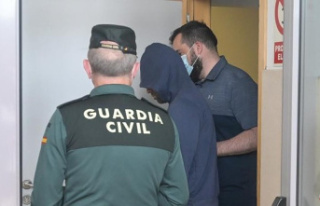 The detainee for assaulting his partner in Carballo...