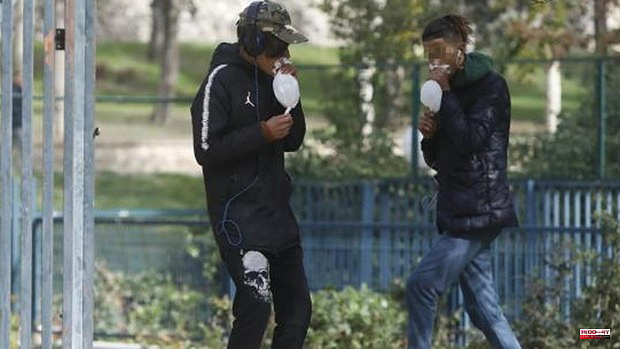 Young people who show violent behavior start using drugs at younger ages. This is one of the main conclusions of the Agency for the Reeducation and Reintegration of Minor Offenders (ARRMI), based on the registered data: in 2021, 60.4% of the adolescents who received intervention indicated that they had committed the crime for the who complied with the internment measure under the influence of narcotic substances, cannabis being the most used (60% of cases).

Experts in this field in the Community of Madrid are aware that drug use and antisocial behavior are characteristics of minor offenders, in turn causing their social deviation from a psychological point of view.

And to tackle this problem they focus on two risk factors: the perception that the intake does not have significant risks and a close relationship with a group of equal consumers. The fact that taking drugs is directly related to the daily life of young people (mainly cannabis and alcohol) and the commission of certain crimes places this circumstance as a particularly important risk factor.

Among the crimes committed, filioparental violence stands out, with very high consumption, especially of cannabis, to avoid facing the problem; and actions related to youth gangs, where drugs play a role of disinhibition to carry out violent and criminal actions, in addition to a greater willingness to use weapons. Likewise, toxic substances are the third most relevant factor when it comes to reoffending, only behind the criminal history and the personality and behavior characteristics of the minor.

In relation to the data, tobacco (98.4%), alcohol (98.4%) and cannabis (97.3%) are the substances most ingested by young people who end up hospitalized by court order. The consumption of cocaine and synthetic drugs (ecstasy, 'speed' and amphetamines) stands at 56.8% and 63.7%, respectively; while the rest of drugs (LSD, other hallucinogens, drugs, ketamine and heroin, among others) is 53.3%. The average age of onset also varies depending on what is consumed, with alcohol (12.3 years) and tobacco (12.6) leading the way. It is followed by cannabis (13.2), cocaine (14.9) and synthetic drugs (14.9). Regarding the last two, the highest percentages are recorded at the weekend, with 26.2% and 28.5%. Similarly, its experimental and sporadic consumption reaches 51.5% and 53.5%. In the rest of drugs (LSD,...), the starting age is set at 14.5 years, reaching 55.1% of the cases of experimental and sporadic intake, and 24.49% in those that they consume daily.

Another significant casuistry is the family and coexistence dynamics, observing that the minors cared for by ARRMI have had an adverse family history, marked by traumatic experiences since childhood, conflictive relationships between members and inconsistent and incoherent educational guidelines.

All this favors a high consumption of drugs (with cannabis again at the top), seeking to avoid family problems and support in groups where the rest of the young people are also consumers.

Thus, the data handled by the El Laurel center, which specializes in this area, is that 83.3% of minors affected by this type of family environment take cannabis (82.2% daily) and 66.7% % drink alcohol (26.7% daily). It should be noted that in at least 37.5% of the families served, one of the parents has notorious consumption.

To tackle this problem, the Agency for the Reeducation and Reintegration of Minor Offenders has developed different programs in the Centers for the Execution of Judicial Measures aimed at reducing the incidence of drug use in minors and promoting protective factors that minimize consumption. , as well as reducing the risks that favor its appearance and maintenance and developing a healthy lifestyle based on autonomy and responsibility.

1 Emergency reception: a helping hand when it is most... 2 Swap your ticket: Rimouski follows suit 3 A Spanish battery exchange system ends the 'anxiety... 4 How is the battery of an electric car 5 The secret of the anechoic chambers where future vehicles... 6 Volkswagen Taigo: little deposit for a powerful engine 7 COVID-19: Six new “fever” deaths in North Korea 8 The keys to the new abortion law that is being debated... 9 Drop the masks in the schools of Saguenay 10 The Basque Government returns 60% of the fines of... 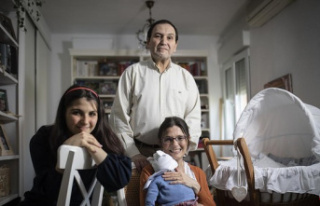 Emergency reception: a helping hand when it is most...