This Tuesday began in the United Kingdom a week that is expected to be chaotic and that recalls the months of the pandemic in which the population had to stay at home. 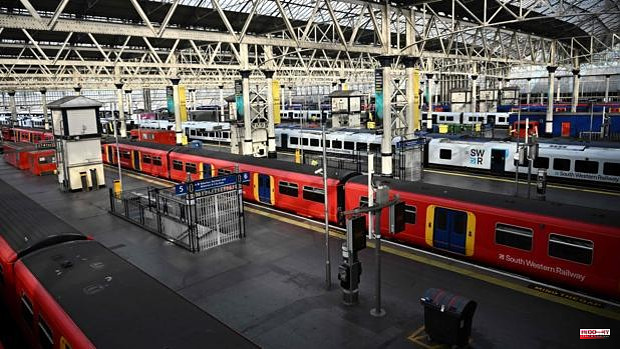 This Tuesday began in the United Kingdom a week that is expected to be chaotic and that recalls the months of the pandemic in which the population had to stay at home. However, this time it is not because of a virus but because of the worst rail transport strike in three decades. The more than 50,000 workers who have joined the strike are against job cuts and threats of possible changes in labor and pension agreements, and they also demand a salary increase of close to 11% that allows against inflation. And although two more official days have been called, on Thursday and Saturday, it is expected that tomorrow, Wednesday, chaos will also reign on the metro lines, since night shift employees, such as those in charge of signaling or control centers , they will not do it tonight, causing delays in the early hours of the morning.

In addition, Network Rail, the public body that manages most of the infrastructure of the rail network in England, Scotland and Wales, warned that "only 60 percent of the trains will be running."

In cities like London, the stoppage of subway and train lines caused infernal traffic jams on many roads, as well as long queues to get on buses, and those who decided to opt for private transport such as taxis or Uber found not only that they were not there were not enough drivers available, but rather that the increase in demand caused a significant increase in prices. A nurse who works at a medical center in Chiswick, west of the British capital, told ABC of the journey of just over three hours that she lived to reach her workplace from the opposite side of the city. "Not everyone can stay telecommuting," she assured, and although she was upset by what she suffered on a day, which was also hot, she stated that she supports the strikers. "Prices do not stop rising and many people do not make ends meet," she argued. But not everyone agrees. Thousands of people were unable to keep hospital or school appointments, drawing significant criticism of the strikers, whose protest could cost the country some £91m, according to analyst estimates.

Although it is the fourth strike so far this year, Prime Minister Boris Johnson has said he is not willing to give in to union demands. Neither are the top brass at Network Rail, who in a letter to unionists have indicated they will go ahead with plans to cut almost 2,000 jobs and review working hours in order to cut costs.

Labor, meanwhile, indicated that "the only way to resolve the rail dispute is through negotiation." “The government could use its convening power to make that happen. You are choosing not to. We think that is irresponsible," Baroness Jenny Chapman told BBC Radio 4, adding that the possibility of more strikes in the future only makes the need to negotiate "more urgent." "We don't want what we've seen today to repeat over the summer," she said.

1 Split in the 5 Star Movement: goodbye to Minister... 2 The classic is renewed to continue being the first... 3 Senior professionals: opportunities for continuing... 4 These are the cheapest hours of electricity this Thursday,... 5 The Bank of Spain warns about postponing payments... 6 Fixed or variable interest mortgages: which are better... 7 Garzón attributes part of the rise in prices of products... 8 The Government will open the tunnel between Atocha... 9 This is how the situation of young people will change... 10 Garamendi: "It is dangerous to link salaries... 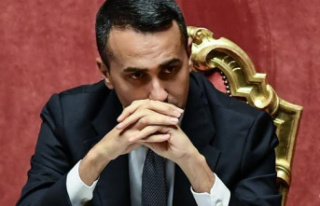 Split in the 5 Star Movement: goodbye to Minister...