A 40-year-old man was on Saturday night the cut in the neck on Strøget in Copenhagen. A man is imprisoned for serious violence. In a bar in Copenhagen told a 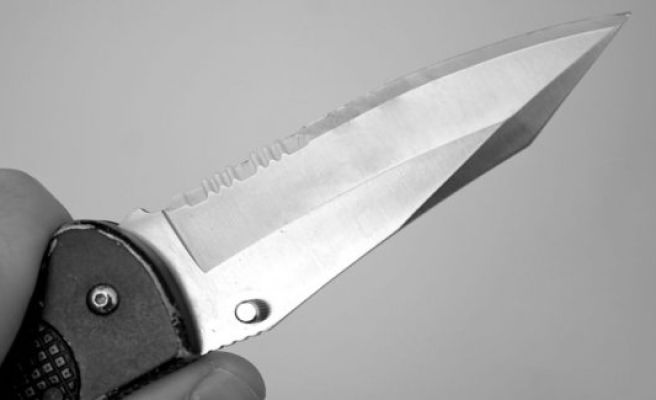 A 40-year-old man was on Saturday night the cut in the neck on Strøget in Copenhagen. A man is imprisoned for serious violence.

In a bar in Copenhagen told a 44-year-old Dutch man on Saturday night that he would kill someone.

Here was the 44-year-old made in grundlovsforhør and remanded for aggravated assault, after he Saturday evening cut a 40-year-old man in the throat with a knife.

Earlier in the evening he had been at the inn the Voodoo Lounge in Valkendorfsgade close to the main street. Here he had among other things told, that he was sentenced to a longer prison sentence in his home country.

the Victim and perpetrator had been talking together in the bar, but according to several witnesses, there was a or another, and the 44-year-old was very aggressive.

As they left the tavern and went up to the main street was the victim cut the neck with a knife. He is out of danger.

the Offender continued along the street towards the town hall square, but several witnesses followed him and saw how he threw the knife in a trashcan at Burger King.

Shortly after he was arrested.

In grundlovsforhøret he acknowledged that he had stuck out for the victim, but explained that it was done in self-defense. He kærede not imprisonment to the high court.

1 Wammen resumes finanslovsforhandlinger with supporting... 2 B. T. believe: Lessons from a burglar 3 Was ripped out: AGF-scorer was furious 4 GOG get Romanian playing unimportant CL-match 5 AGF-fan release the cheap from the fall from the grandstand 6 The OB trainer about nederlagsstime: It is always... 7 Historic restaurant burns: 'I have it really bad right... 8 Heavy smoke at restaurant in Aalborg 9 Expert on CO2 emissions, We have simply chosen the... 10 The copenhagen Police investigating stabbing