33 accidents in one year: For years, the Stonea Bridge has been driving many Britons to despair - but there is no remedy in sight

Anyone who strays to Stonea, north of Cambridge, must have a good reason. 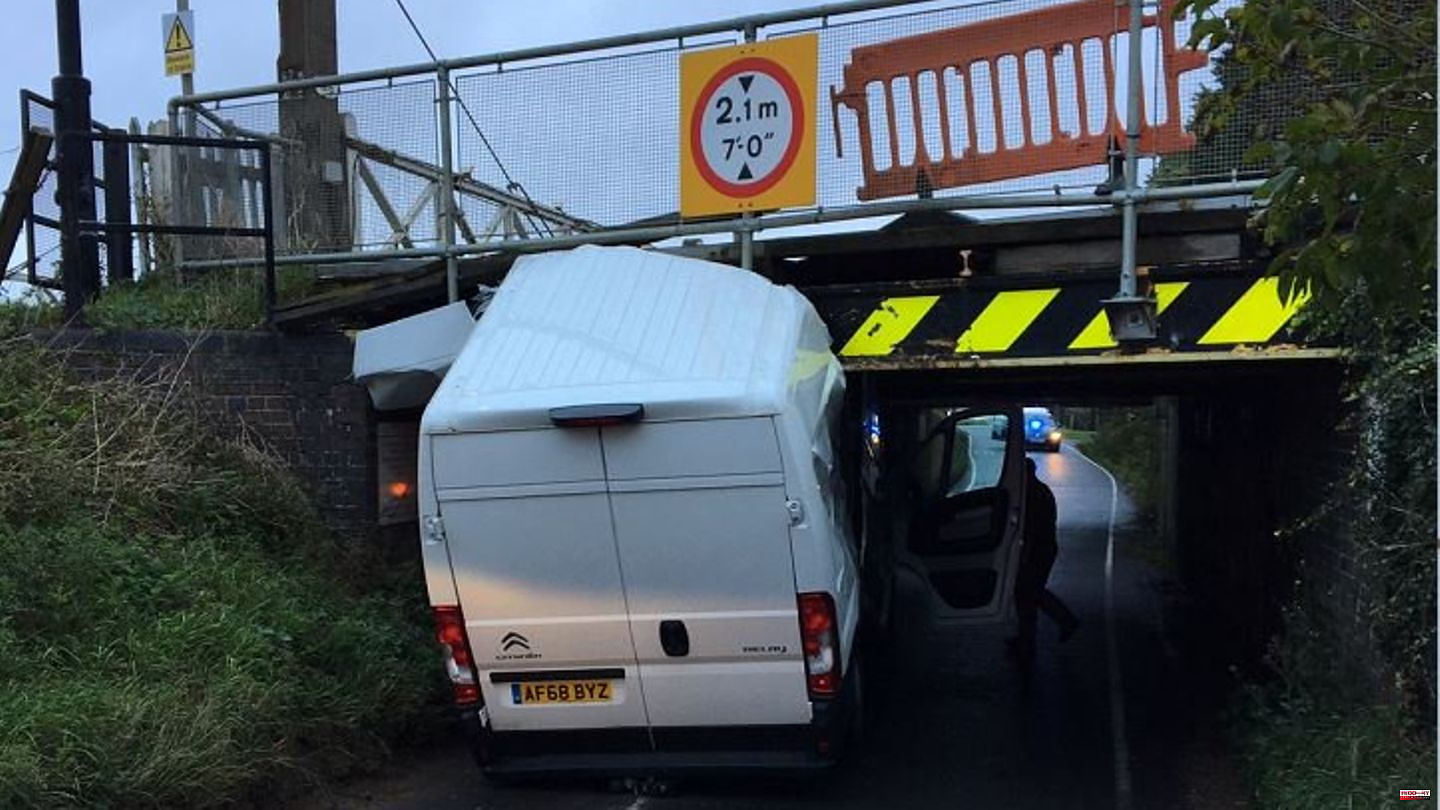 Anyone who strays to Stonea, north of Cambridge, must have a good reason. Because the small settlement does not have much to offer. Farm after farm, there is an Iron Age hill fort, a pub - and perhaps the most newsworthy bridge in the country. With a clearance of just two meters under a railway, the Stonea Bridge is always making headlines. No other bridge in the country gets more cars stuck every year. An army truck had to be freed from the underpass, vans regularly collide with the arch of the bridge, and a truck once distributed its entire load of flowers on the street.

Network Rail, a company that owns almost all of the country's rail infrastructure, recently ranked the bridge as the number one in the statistics again. In the fiscal year between April 2021 and March 2022, 33 cars, trucks and tractors got stuck under the bridge - almost three accidents a month. According to the official statistics, according to the residents, there are many more accidents that are not reported at all. The statistics should not be used for amusement, but to point out serious problems. 1,833 bridge accidents were recorded across the UK in the last financial year and every accident results in route closures, delays and cancellations. Network Rail put the compensation for cancellations and delays at twelve million pounds (around 13.6 million euros) for the past year alone.

But back to Stonea, where Christina Swinden is almost always the first to arrive at the scene of the accident. Her pub "Golden Lion" is right next to the bridge, and as soon as she hears an accident she knows what happened on the bridge again. "Then I'll go out, offer them a cup of tea and assure them that they're not the first to have an accident here - and they won't be the last either," Swinden told the New York Times. It is even prepared for accidents in winter or in the dark. In the pub, she has high-visibility vests and pylons ready to secure the scene of the accident.

The bridge in Stonea has been standing since 1895 and in recent years has regularly appeared in the statistics for the most accident-prone bridges in the country. Only in 2019 she suddenly disappeared. After a serious accident, the bridge was closed for a long time, renovated and the entrance was equipped with protective pads. An apparently sensible installation, because on the day of the reopening the first truck got wedged under the bridge again.

Why do accidents keep happening? The main road right next door is one of the factors, because when a train passes through it, other road users have to wait in front of a level crossing. If you don't want to wait, just before the barrier, take the turnoff to the underpass. This is not a problem for most cars in terms of height, but vans, trucks and other large vehicles regularly overlook the warnings. These were recently made more visible again, with glowing clues on the bridge.

Local residents complain that warning signs should point out the low bridge much earlier, because attention is only drawn to the low underpass shortly before the fork in the road. The accidents have been discussed for years, but now they are accepted as commonplace. "There are so many accidents here that they just don't mention them anymore," local politician John Gowing told the New York Times. However, closing the underpass is out of the question, although some local politicians are in favor of it. Because the passage is a welcome shortcut for motorists and motorcyclists if traffic is backed up in front of the railway barrier.

In order to minimize the recent increase in the number of bridge accidents in the country, Network Rail is now starting a solution with the "Wise up, Size up" campaign. The background: A study commissioned by the company revealed that 43 percent of truck drivers did not know the size of their vehicle, and 52 percent did not think of low bridges when planning their route. "Know your route and know the size of your vehicle," says a comic intended to support the campaign. This should also help the Anglia Route, which has been marked by numerous accidents, the train line that connects the regions of Norfolk, Suffolk and Cambridgeshire, among others. In addition to the Stonea Bridge, there are three other black spots in the top ten accident bridges in Great Britain, with bridges in Ely, Thetford and Needham Market. But there is an even simpler solution, at least for the Stonea Bridge: If you stay on the main road, you have to wait in front of the level crossing occasionally, but you don't run the risk of driving your vehicle into a wreck.

1 33 accidents in one year: For years, the Stonea Bridge... 2 Family planning: Father of 102: Ugandan man finds... 3 Football: After the World Cup debacle: the German... 4 Horn and Hector before saying goodbye in the summer?... 5 "The duel around the world": The most blatant... 6 Documentary: "The Super 8 Years": Annie... 7 Nick Cannon: This is how he spends Christmas with... 8 Longest-serving regent: Chain-smoking, pragmatic,... 9 Christmas: 90 people cross the English Channel on... 10 Grief: CDU politician Michael Fuchs died 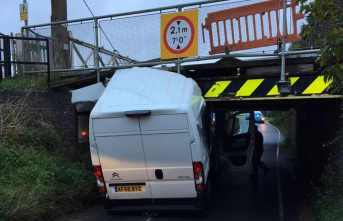 33 accidents in one year: For years, the Stonea Bridge...