Summer arrives and with it the general influx to the San Juan reservoir, a haven of nature in the Community of Madrid where thousands of natives from Madrid, born or adopted, come every summer to cool off. 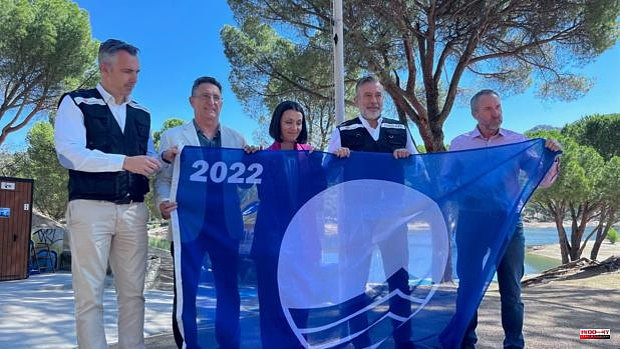 Summer arrives and with it the general influx to the San Juan reservoir, a haven of nature in the Community of Madrid where thousands of natives from Madrid, born or adopted, come every summer to cool off. So that a day off does not end in tragedy, the regional government has set up a surveillance system for yet another year, which this year increases the number of lifeguards on daily days by 30 percent, and makes a boat available to the local police to control of beach areas.

The Minister of Justice and the Presidency, Enrique López, together with the Deputy Minister Carlos Novillo, witnessed a rescue drill on the Virgen de la Nueva beach, once again recognized with the Blue Flag for its excellent conditions.

Counselor López witnessed a rescue drill on the Virgen de la Nueva beach, accompanied by the mayors of San Martín de Valdeiglesias and Pelayos de la Presa –the two Madrid municipalities to which this reservoir belongs–, Mercedes Zarzalejo and Antonio Sin, respectively, and the regional president of the Spanish Red Cross, Pilar Roy.

The surveillance and control device will remain operational until September 11. It is the result of an agreement between the regional government, the affected municipalities and the Red Cross, and has an economic endowment of 109,742 euros contributed by the Community, out of a total of 150,000, with the difference between the rest of the signatories of the agreement.

There will be lifeguards on watch from Monday to Friday, which will be 30 percent more than last year, and SUMMA 112 personnel on the weekend. There will be delimitation of bathing, navigation and motorized water activities -the San Juan swamp is the only swamp in Madrid where they are allowed, in addition to canoeing, sailing or fishing-, and the regulation of parking areas and pathways of access, in addition to the evacuation of emergency vehicles, measures to reduce forest fires and the coordination of the safety and rescue device.

In addition, the Autonomous Fire Department has given a surveillance boat to the San Martín de Valdeiglesias City Council, which may be used by its local police to regulate the influx of people on the banks of the recreational areas.

The bathing area will be permanently guarded. And in the rest of the place, a mobile surveillance will be carried out from the boat with special emphasis on El Muro -where the Tagus Hydrographic Confederation also authorizes dips-, and in which a fixed control can be made in the periods of greatest influx of visitors.

From Monday to Friday, non-holidays, from 12:00 to 8:00 p.m., the operation will be made up only of the Red Cross and made up of eight people – 30% more than in 2021 –, two boat skippers and six expert lifeguards. in natural environment. For their work they will have two zodiacs. During weekends and holidays, this task, with similar characteristics, will be covered by SUMMA 112, using the same facilities.

In addition, the Red Cross will carry out, in collaboration with the residents of San Martín de Valdeiglesias and Pelayos de la Presa, actions aimed at raising awareness of health and the environment for those visitors who travel to the area.

1 Lasso retains the presidency and defeats the opposition... 2 Jesús Urrea receives "satisfied and proud"... 3 Veganzones fear that inflation will stop the good... 4 Castilla y León votes against the new model of residences... 5 Aguas de Alicante and the Aquae Foundation award the... 6 The deceased of La Palma are still waiting for help... 7 A man hit by a train dies in the Valencian town of... 8 The Generalitat Valenciana formalizes the "cessation"... 9 The Circular tunnel in Valladolid is closed to traffic... 10 Stoltenberg announces that NATO is preparing to make... 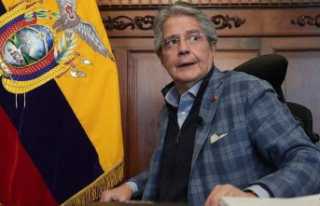 Lasso retains the presidency and defeats the opposition...