3-2: Valdepeñas gets into the Copa del Rey final this afternoon

Viña Albali Valdepeñas has the first title in its history just one step away. 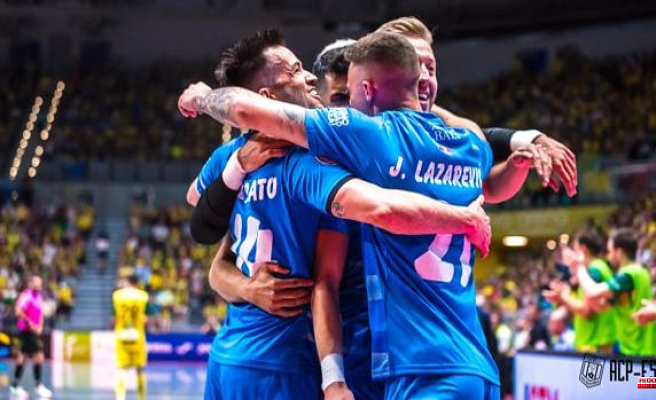 Viña Albali Valdepeñas has the first title in its history just one step away. This Saturday they beat Jaén FS 3-2 at the 'Olivo Arena' in the semifinals of the Copa del Rey futsal and this Sunday, starting at 9:30 p.m., they will play the final against BeSoccer CD UMA Antequera, which in turn won 3-1 at Industrias Santa Coloma. The people of La Mancha are favourites, since Antequera plays in the Second Division.

Battery was the main protagonist of the clash by scoring two goals, although the first, in the seventh minute, was awarded to goalkeeper Henrique in his own goal. With the score in their favour, the La Mancha team had their best moments at the end of the first half and were able to extend their lead with several cons.

However, they did not and Jaén equalized through Carlitos midway through the second half.

With 1-1, the rival pressed and Valdepeñas knew how to suffer. The reward came thanks to Matheus Preá, who scored the second in a great individual move. Even so, the Andalusians did not give up and tied again shortly after through César. The game could have gone for anyone, but with less than two minutes to go, the magic of Battery appeared, scoring the final 3-2.

1 1-0: CD Quintanar del Rey wins the playoff and will... 2 MLS: nothing is going well for Toronto 3 Putin tells Finland it's a 'mistake'... 4 Mohamed bin Zayed already presides over the Emirates,... 5 Mass protests in the US in defense of the right to... 6 Biden uses war and abortion to launch the legislative... 7 North Korea: 15 new deaths from "fever"... 8 Caring 9 Richard Branson: "My mother taught me that life... 10 Mango's American Dream 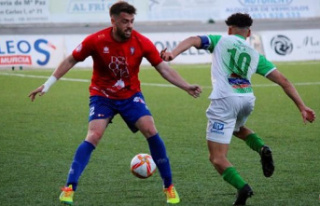 1-0: CD Quintanar del Rey wins the playoff and will...