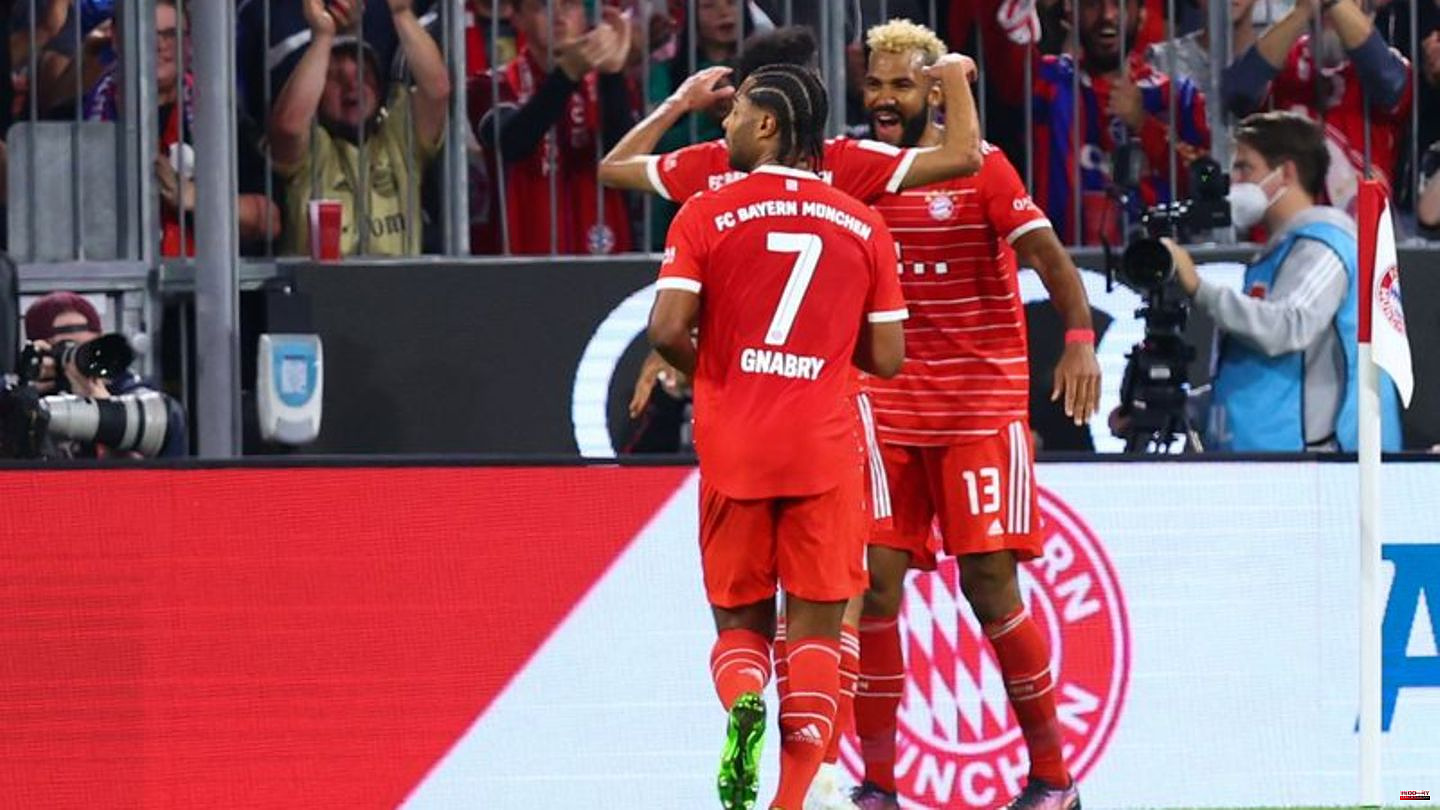 Even after the sovereign Bayern Torfest, Eric Maxim Choupo-Moting still enjoyed his rare leading role. First the veteran hugged coach Julian Nagelsmann, then he and his teammates beamed with joy in front of the fans.

"Super Bayern, super Bayern," chanted the supporters after the impressive 5-0 (2-0) win over SC Freiburg in Munich. The record champions, who were suddenly hungry for goals again, shone in the top game of the Bundesliga even without the top wolves Manuel Neuer and Thomas Müller and is now the first hunter from leaders Union Berlin.

"I'm super happy that we all played such a game together. We showed from the first to the last second who's the boss here," said Choupo-Moting at DAZN: "We have to build on that."

With 19 points, FC Bayern passed Freiburg (18) in the table, but are still four points behind the surprise team from Berlin, who made another statement in the 2-0 win against Borussia Dortmund on matchday 10. "Bayern were simply the better team. The result is obviously too high, it annoys us," said Freiburg captain Christian Günter.

Meanwhile, noble reservist Choupo-Moting provided the story of the game. Bayern coach Julian Nagelsmann offered the 33-year-old veteran as a center forward because the intended leader Müller had to pass due to muscular problems. So Bayern played again with a classic nine - and that was great. "I try to step on the gas every day in training. I know that I can help the team," said Choupo-Moting, adding: "Of course I want to keep playing a lot."

When it was 1-0, Choupo-Moting started the move with a fine pass to Alphonso Davies, which Gnabry completed with a well-considered header. Choupo-Moting then scored his first Bundesliga goal since February on a pass from the strong Sané in classic centre-forward style. He transferred opponent Matthias Ginter and hit the far corner with a right-footed shot.

Show running after the change of sides

After the break, morally broken guests from southern Baden were invited to a Munich show - and that continued with the flywheels Choupo-Moting and Sané. First Choupo-Moting put the hoe on for Gnabry – hit the post (52nd). Then Sané played a one-two with Choupo-Moting and scored wonderfully to make it 3-0, which Mané followed up with goal number four after a perfect pass from Gnabry with a sensitive lob over SC goalkeeper Mark Flekken. Freiburg's 20th defeat in Munich was sealed.

The sports club was only involved in the early stages. Coach Christian Streich's team pushed boldly, but missed the opportunity to offensive pinpricks like a counterattack that captain Christian Günter missed (26'). Goalkeeper Flekken kept the Breisgauer in the game for a while with a few saves.

But the Bayern professionals ultimately fulfilled the order of CEO Oliver Kahn, who said: "The results in the Bundesliga are not what we all have. We have to develop greed again." Greed for the eleventh championship title in a row. But first the Munich permanent champions have to hunt down Union Berlin. 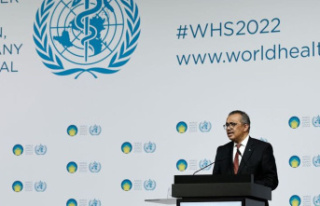