100 Days of War in Ukraine: A Timeline

Friday marks 100 days since Russia invaded Ukraine with the intention of capturing the country and establishing a puppet government loyal the Russian President Vladimir Putin. 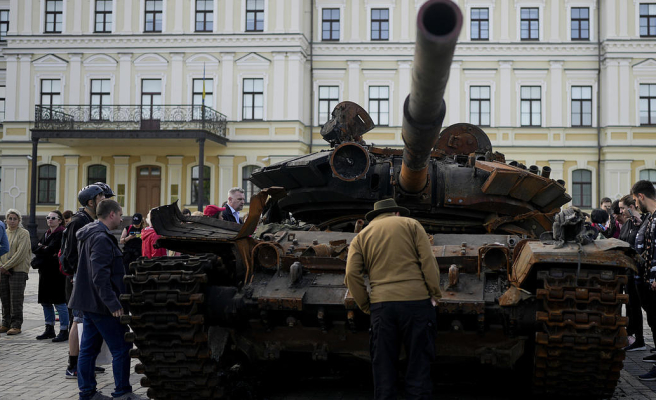 Friday marks 100 days since Russia invaded Ukraine with the intention of capturing the country and establishing a puppet government loyal the Russian President Vladimir Putin. The Russians pursue smaller and less ambitious goals as the war has grown in duration and cost than the Kremlin anticipated.

The Russian forces failed to seize Kyiv and have now retreated to the Donbas region in eastern Ukraine. This is where Russian-backed separatists are fighting since 2014. With the support of Western allies, the Ukrainians have held off Russia for the past 100 days. However, it remains to be seen how long the battle will continue.

Here's a timeline listing some of the most important events that occurred in the 100 days since the invasion.

The Biden administration concluded that Putin had decided to invade Ukraine after weeks of warnings. U.S. Defense secretary Lloyd Austin stated that Russian forces were "uncoiling" and ready to strike while he was on a trip to Lithuania.

On February 24, Russia launched a full-scale invasion against Ukraine. The invasion began with 100 missiles being fired from land- and water-based platforms. Next, ground incursions were made on three major axes: the north, which was from Belarus to Kyiv, the east, which was from western Russia to Kharkiv, and the south, which was from Crimea to Kherson.

According to the U.S. intelligence assessment, Russia intended to establish a puppet government in Kyiv.

The invasion was a disaster for Russia. They faced more resistance from the Ukrainians than expected and were subject to logistical difficulties. The Pentagon already assessed that the Russians were using more fuel in the north than they planned.

Volodymyr Zelenskyy, the Ukrainian president, began posting video addresses to social media from the capital in an attempt to ask for international help. According to reports, he refused an offer from another country to leave Kyiv, saying that he needed more ammunition and not a ride.

The Pentagon described the Russian advance in northern Ukraine around Kyiv, Chernhiv, and Kharkiv as "stalled" about a week into war. The Russians never got closer to Kyiv than 15 km and then retreated to the Donbas.

Russia's progress in the south was aided by its supply lines running from Crimea, where it has been a presence since 2014. The Russians launched the first amphibious attack of the invasion, placing troops from the Sea of Azov close to Berdyansk. As they moved towards Mariupol, the Russians captured Berdyansk.

The Russian Ministry of Defense declared that it would be focusing on the "fully liberating" Donbas region of eastern Ukraine on March 25. Russian battalion tactical units began to withdraw from Kyiv, Chernihiv and Sumy, returning to Russia to be reequipped and resupplied for fighting in the Donbas.

Evidence of atrocities began to emerge as the Russians pulled out from Kyiv. According to Ukrainian officials, the Russians killed dozens of civilians in Bucha. Many of them were shot in the head and had their wrists tied behind their backs. Officials from Ukraine also claimed that several mass graves had been discovered in Bucha following the Russian retreat. These graves, along with images of dead bodies littering Bucha's streets, horrified the international community. This prompted Biden to again call Putin a "war criminal."

In an apparent attempt to correct all the mistakes at the front, Putin appointed General Alexander Dvornikov as the commander of the invasion seven weeks after the initial invasion began. Russia didn't have an overall commander in charge of the invasion before Dvornikov was appointed. Dvornikov was known as the "butcher in Syria" for his indifference to civilian suffering while in command of Russian forces in Syria. It is not clear what impact he had on the campaign in Ukraine to date.

In May, Lt. General Scott Berrier, the head of U.S. Defense Intelligence Agency estimated that 8-10 Russian generals had been killed so far in Ukraine.

Security assistance that is more robust

In preparation for the long and tedious fight in Donbas, the U.S. along with other countries began shifting the type of aid to Ukraine as the Russians started to prioritise the Donbas.

General Mark Milley, Chairman of the Joint Chiefs of Staff, stated to a Senate panel in April that the "fight down in the southeast", the terrain was different from the north. It is more open, and lends itself for armored mechanized offensives on both sides.

The United States committed to sending the M777 Howitzers, the largest piece of weaponry that it had ever committed to Ukraine on April 13. The U.S. also began training Ukrainians to use the Howitzers at locations other than Ukraine. This training was a step further than what the administration had done before. The U.S. continued to provide more training and heavier equipment for the Ukrainians since then.

Sinking of the Moskva

The Moskva, Russia's flagship in the Black Sea Fleet, was destroyed by the Ukrainians on April 14. Two Neptune antiship missiles from Ukraine had already struck the ship the day before. Initial battles with a large fire saw the ship sink in the Black Sea. According to Ukrainians, the Moskva was the ship that they were told by Ukrainians to "f*** off" when it approached Snake Island in February and demanded Ukrainians surrender.

In May, the Ukrainians launched a counteroffensive at Kharkiv and have been able to push the Russians slowly back toward the border. Counter offensives by the Ukrainians were also attempted in other areas of the country, such as the south around Kherson. This period is more complicated elsewhere, especially in the Donbas. The Russians have taken control of villages or hamlets and lost control to the Ukrainians the next day.

The defense of Azovstal Steel Works was abandoned by hundreds of trapped civilians and soldiers from Ukraine. Many civilians, as well as soldiers, had sought refuge in the plant due to its many underground tunnels. They defended it for several weeks against Russian attack. The Russian forces agreed to allow the Ukrainians to evacuate the plant on May 16.

Most of Mariupol was brought under Russian control after the Azovstal battle, which gave Russia the land bridge to Crimea from the south coast of Ukraine that it had been seeking since February.

The Russians have shifted their focus to Donbas since mid-May and began using smaller units to slowly capture villages and towns in the region.

Senior defense officials said that the Russian military suffered significant losses. They noted that Russia had lost almost 1,000 tanks, 350 artillery and nearly three dozen fighter planes. The official said that despite these losses, Russia still has an advantage in terms of its ability to deploy equipment and manpower to fight the Ukrainian army.

In an interview with Newsmax this week, Zelenskyy stated that Ukrainian forces are losing as many as 100 soldiers per day in eastern Ukraine. He called the situation difficult.

The U.S. and its allies have increased their support for the Ukrainians in an effort to assist them. The Biden administration announced that it would supply high mobility artillery rocket system (HIMARS), to Ukraine on June 1. These systems can carry munitions with a range of up 70 km. HIMARS is the most important piece of equipment that the U.S. has ever provided to Ukraine.

On Wednesday, Dr. Colin H. Kahl, Undersecretary of Defense Policy, stated that the U.S.'s weapons of choice for Ukraine have changed over time due to the shift to an east-to-west artillery battle. In the beginning, javelins were the most important weapons. Then, it was anti-tank weapons and M777 Howitzers with a range of around 30 km. Now, the U.S. will be providing HIMARS.

Kahl stated that the initial tranche will include four HIMARS systems. However, it will take some time before they arrive in Ukraine as training Ukrainians will take approximately three weeks.

Recent gains by the Russians mean that they are very close to taking Severodonetsk -- the last significant city in the Luhansk region -- from the Russians.

Russia would be closer to gaining control of Donbas, which includes Donetsk-Luhansk oblasts. Severodonetsk's fall would bring Russia closer. These separatists tried to separate from Ukraine in 2014 by Russian-backed forces. Putin claimed that the February invasion was made to protect these areas. Russia has made some progress over the past 100 days, but it is still unclear how long they will continue fighting and what the outcome of their victory looks like.

1 Dialogue through comedy and dance 2 Javier Bardem admits to Cannes that he longs to make... 3 Abbott will restart production of baby formula 4 A woman from Arizona pleads guilty to a ballot collection... 5 They created a fabric that can 'listen'... 6 Miguel Linares: Let's go to La Coruna and enjoy.... 7 This week's "Face the Nation" with... 8 How to get 40% more from tax savings in your pension... 9 Biden claims he was first informed of the shortage... 10 After five years of stagnation, the freight train... 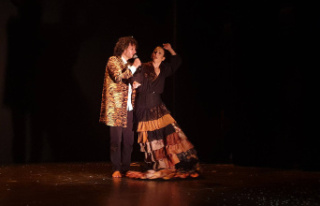 Dialogue through comedy and dance