Only in what refers to public works certified and executed by the regional administration in 2021 -which reached an investment of around 600 million euros-, the construction sector estimates that it assumed an extra cost of 120 million. 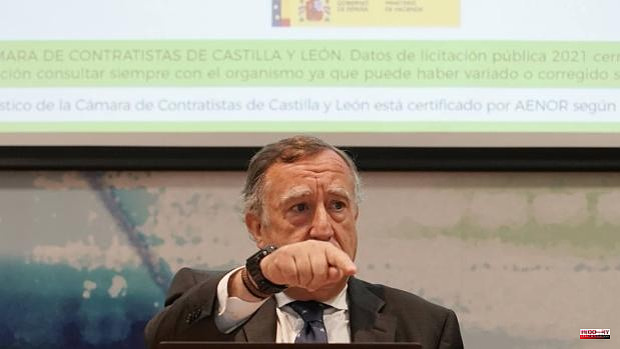 Only in what refers to public works certified and executed by the regional administration in 2021 -which reached an investment of around 600 million euros-, the construction sector estimates that it assumed an extra cost of 120 million. This has been pointed out by the president of the Chamber of Contractors of Castilla y León, Enrique Pascual, who has denounced how, in a "good" year in terms of bidding, inflation led companies to enter "losses" for having to assume some performances with a value 20 percent higher than that contained in the contract, signed before the energy crisis, the war in Ukraine or the shortage of materials broke into the market.

Faced with this situation, more and more calls are being left deserted without any company wanting to bid to carry out actions that they fear they will not be able to pay for in a scenario that continues to escalate.

From the Chamber of Contractors they cry out for the updating of prices in the new tenders, since they calculate that at least ten percent are going to be deserted. At the moment, in the first three months of 2022, fifty calls reached this outcome, 7.41 percent of the total open processes, with special incidence in those of the state administration. Five out of six did not find a bidder, while in those taken out by the Board 77 percent ended up like this, while in the local one it was one third. Before the pandemic, these cases occurred in less than one percent of contests.

Regarding the actions that are already underway, the sector asks for greater coverage of cost overruns. Assuming that, even if they "want to", the administrations "have difficulty" with "compensation" because they must comply with the law and the signed budgets, they understand that there are tools to do so, such as the Royal Decree approved by the Government and to which the Community has adhered for price review. Although he has valued it, Pascual has denounced that it is "insufficient" since it is limited to certain materials and marginalizes what he believes is the "main element of the rise", energy. Thus, returning to that extra 120 million disbursement that he estimates that companies with executed contracts with the regional administration have assumed in 2021, only 48 will be likely to be paid.

Along these lines, he has insisted that both works in progress and future planning take into account the rise in the prices of works  so that companies do not “go bankrupt” at a time when the volume of work is “ suitable' and represents a good starting point. In 2021, the tender rose by 53 percent, with actions worth 1,376 million euros and 78 percent of it was executed, with an "exceptionally high" degree of compliance -generally around forty percent- after a 2020 marked by the Covid break in which 900 million were not reached. It is estimated that this trend will continue in 2022, when the contractors calculate that 1,462 million euros will be tendered, of which 580 would correspond to the State; 482, to the Community, and 400, to local entities. For its execution and for the workload that can come through European funds, he insisted on the need for labor in construction and a greater incorporation of women, who only account for 8% of jobs in the sector .

1 Santonja: «The Ages will hardly leave the Community... 2 Castilla y León will maintain the educational "successful... 3 Investigation into the tragic death of a young Quebecer... 4 Pay equity: Legal aid lawyers on strike next Tuesday 5 10 cases of severe acute hepatitis in children in... 6 Nadal: "If I didn't believe it was possible,... 7 Abortion: no communion for Nancy Pelosi, according... 8 An additional $250 million loan for Ukraine 9 The Basque Government assures that Ticket Bai is a... 10 The Port of Bilbao hopes to regain competitiveness... 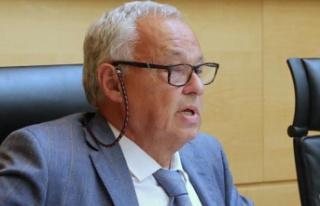 Santonja: «The Ages will hardly leave the Community...