Bernard Campan has spent nearly three decades in front of and behind the camera leading crazy comedies, most of them alongside Didier Bourdon. 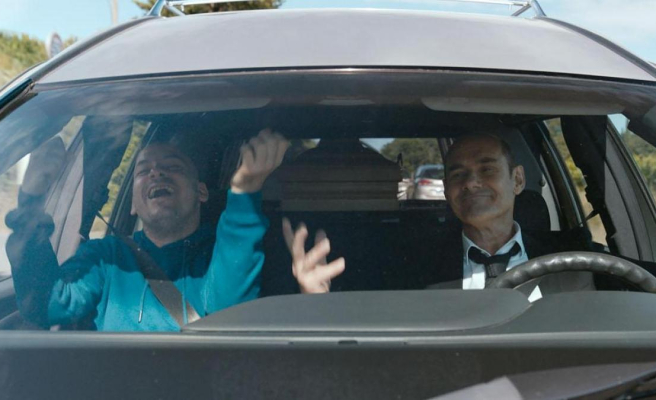 Bernard Campan has spent nearly three decades in front of and behind the camera leading crazy comedies, most of them alongside Didier Bourdon. We hadn't seen him again since he filmed A Bag of Marbles in 2017, but this Friday he returns to the billboard with a very different story, a feel good movie with an air of a dramatic comedy that pairs him with a new adventure partner, Alexandre Jollien , a Swiss writer and philosopher who was born with cerebral palsy and has become a very popular figure with his best-selling philosophical books such as Long Live Liberty! or The mischievous wisdom, which has partly inspired the film Beautiful Minds, which talks about his particular friendship with a great sense of humor.

The two have been friends for 18 years, when Campan saw Jollien on a TV literature show and fell in love with her intelligence and sensitivity. "I was very moved and I contacted him. We were talking about philosophy, love and death and since then we haven't parted ways," the French actor and director explains to this newspaper in a talk held during the last Malaga festival, where Mentes Marvelous won the Audience Award in the new International Premieres section.

The origin of the film comes from the idea of ​​a producer friend of Campan, aware that friendship with Jollien gave rise to a beautiful cinematographic story. "But we didn't know where to start and in fact it took us 10 years before we started writing the script. At first we wanted to write a story about Alexander, which is very peculiar because he has spent 17 years in a specialized center for the disabled. It could have been a biopic about his life but after having seen Untouchable -the phenomenon that emerged from the Nakache-Toledano tandem- he told me that if he wrote and I directed, he would agree to play a role".

In the end they have ended up writing, starring and directing in equal parts this simple, funny and deeply moving story that is a hymn to life, friendship, difference and the ability to achieve freedom over the gaze of others. For Jollien "in the characters that are in the two films there is an authenticity that allows us to get to the bottom of the human being". And Beautiful Minds does so through the story of Louis (Campan), an extremely lonely man who runs a funeral home and one day accidentally runs over the tricycle with which Igor (Jollien), always with a smile on his face, distributes vegetables. green in the neighborhood.

Louis accompanies him to the hospital and Igor insistently thanks him for the gesture. Although Louis tries to get rid of him elegantly, Igor does not stop trying to get closer to this discreet man and find out what he does until he ends up - again accidentally - in the trunk of his hearse and they set out on a journey to carry the body of a deceased to the place where it should be buried.

It is precisely on this journey that they become intimate and end up shedding their prejudices to enjoy life without fear or complexes, giving off a contagious empathy and energy. All this while Jollien spices up his dialogues with his new friend by citing Plato, Socrates, Nietzsche or Spinoza, he regrets having a mother who imposed a "therapeutic distance" on him or stars in a tender sex scene with a prostitute. Scenes that draw a more than endearing relationship.

Alexander was always clear that the film should have a "philosophical vocation" and Campan assures between laughs that the filming "has been complicated. We have discussed a lot, so if you want to get angry with someone, make a film with your friend," he says. The film has done very well in France, although for them "the most beautiful gift is people's positive comments; it's what moves us the most".

Studying philosophy completely changed Jollien's existence. "I was in a center for disabled people. I didn't like school at all. Everything seemed very abstract to me and there was a priest who was a philosopher and I looked up the word in the dictionary and started reading the philosophers. That changed my life. They were like friends, and it was like a cure to move forward in my life. It became a vocation," he says.

A much-needed philosophy whose study has been relegated to Spanish schools. "Philosophy cannot be removed because it is vital. The school is not there to train consumers but it is necessary to liberate hearts, minds and spirits", admits with resignation this introverted man and father of three children who has enjoyed working in a team and who at first he was afraid to act because "I was reduced to the appearances of the image and because Bernard sent me, even though he is a friend".

One of the strong points of this comedy is the way in which it approaches death with total naturalness. "Both for Alexander and for me, death is a subject of reflection seen as the end of an existence or as an event that ends each day. Death is part of our friendship and humor too," he admits. Bernard and Alexander, an odd couple whom you have no choice but to admire. On and off the big screen.

1 The firms give Telefónica a free pass to the assault... 2 3 Bitcoin and the rest of the cryptocurrencies stop... 4 5 The ETF of the financial sector (XLF) of the USA,... 6 How success in pop culture is concentrated in fewer... 7 Iberdrola will pay an extra dividend if the meeting... 8 Of a time and a country 9 The Ibex is reluctant to fill the imposing bullish... 10 Carlota Flâneur shows her weapons with the single 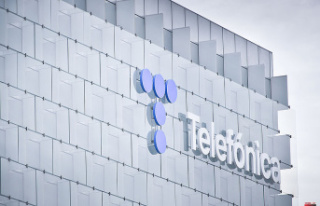 The firms give Telefónica a free pass to the assault...