MY SON SHALL BEAR MY FATHER'S NAME. 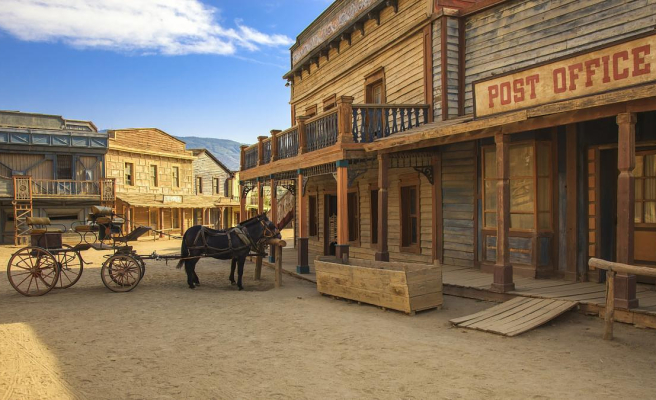 MY SON SHALL BEAR MY FATHER'S NAME

When I sing, my mouth tastes of blood.

I hung from that rope for seven and a half days. I was more or less adding the days thanks to the nights, which was when the cold froze my balls and I was more alert, more aware.

I know my eggs froze seven times, which was about seven days ago. In those seven days, in addition to my eggs freezing, the sun warmed my head so much that it made me think nothing but silly. I doubted my name, and changed it several times. I gave myself Basque and Catalan names, names of payos and gabachos. Names like that of the owner of the warehouses, that of the uncle who sold higochumbos, or that of the cousin of the cousin whose pistols I took from him. Long and pompous names like those of the people of Madrid, who are the only people I know stupid enough to be happy to have a king. Who needs a king?

In those seven days I also tried to remember my appearance, to reconstruct it. What was I like? Who was? Was I born in that tree? Same as a fruit? My only reference was an amorphous and dark shadow that formed at my feet; the shadow that my little body, hanging from that olive tree, projected against the yellow sand, dirty and full of drool and dried blood.

I wanted to have the aquiline nose and mustache. Then I thought of having blond curly hair, like a cattle dealer from Ubrique whom I frequented years ago. Blue eyes, skin well toasted by the sun. White teeth. A scar of those that cross the face and scares everyone. Maybe several. I thought about being taller than I am and looking at the world from above. Or short and stocky and no one would notice me. I thought about being even darker, a gypsy who sings at the sales or a gravedigger, who, as everyone knows, are the men who live the longest and who fuck the most beautiful women.

Then I thought that living so long was not a good thing. The more years the more sorrow, it is like that.

I've rebuilt the person I am so many times that when that crow landed right on top of my head to eat me, I ignored it and almost started laughing, hoping it wouldn't take long. Not that I was afraid of pain. No way. She just didn't want to imagine more names or more faces. What a jar.

The raven cast a shadow on the ground even blacker than mine, and for some reason, instead of starting with my eyes, it lowered from my head to my shoulders, placed its claws tightly against my shoulder, and decided first to peck at my neck. . I received a few dry pecks that made me cry out in pain. I was surprised that I had the voice left to do it. The stings were the same as small needles going in and out of my skin. Non-stop. Tearing off bits of meat. Raising drops of blood with each pinch. One two three four. Five. Bird of cojones, finish already.

Then the pain stopped: suddenly. I no longer felt the peak of him on my skin. Instead I heard a sound. A rough scratch. Something heavy becoming light. He felt her claws on his shoulder. The bird was still up there. moving. What was he doing? My body shook a bit. He staggered. Soft at first. The fool with the crow had confused the meat with the twine that held my neck to the tree. And there it was: biting, biting the rope made of pita instead of my sun-baked skin. He didn't seem to mind not eating me, not biting meat, and there the black bird continued biting and biting and biting old, dirty pita. And from so much piquipiquipiqui, the previously firm rope, crack, broke.

I hit the fine sand, on top of my drool and my dried blood.

I lost my patience, what little goodness I had left in my bones and a tooth in that fall. I gained a scar across my neck. One of those that scares everyone and that looked like a garnet pendant like the ones worn by some scented gachís from Graná or Murcia. Once I almost got my hands on one of those, shit on my castes.

The raven was there, still. smiling at me Perhaps wondering which of those invented men was me. What was my real name. Where did he come from? Who had been my peers. The color of my grandparents' hair. Where did my last name come from? I smiled back at the raven savior and started walking.

I brought the tip of my tongue to the gap left by the fallen tooth. I felt it for an instant as I walked. Thinking that perhaps God in person had sent me that little bird to cut the rope. Or maybe it was just luck, like the one who invented and patented the revolver had, and now he was surely swimming in money and thighs. Both ideas, God and luck, terrified me equally.

What didn't terrify me was clearly remembering the name and address of the man who had me hanged. The man he was going to kill as soon as he walked through the door of his farmhouse, freshly whitewashed by the village lads as if it were one of those Sunday morning games.

As I passed, the color of the sky turned yellowish. As if it were the reflection of the dry land of the desert. There were some twisted olive trees like the one that had given birth to me seven days ago.

Olive trees that seemed to move, vibrate like some women I knew before they had a scar on their neck in the shape of a garnet necklace; olive trees that screamed in pain, raised their arms asking for help; who knew, like the raven, my true name and shouted it even though no one could hear it. I left them behind. There were brambles and bushes. Pitas distributed badly. Withered barley scraps. I thought of lying under a fig tree with my belly covered in blood.

I came across a scorpion that stopped when it saw me, the bastard. He lifted his stinger slightly and held it upright for a moment, as if expecting me to bend down and drink some of his venom. I did not do it.

The pitas of the road were separating as I passed; I listened to them talk, whisper like women at mass. They knew what was going to happen, as did the barley and the wheat, the lizards and the clouds. They were few, shapeless, shattered, like the scattered brains of someone who'd had their head blown off. I don't know if that walk lasted seven more days or just a few hours.

Someone told me once that the Indians or the gypsies place a silver coin in the eyelids of their dead so that the journey back to wherever they travel is undertaken calmly, safely, peacefully. And to be let into heaven. I have no idea about those things. They sound to me like stories of Indians, superstitious people or gypsies. From the afterlife, I only know what I saw in the Cartagena's eyes when I entered his farmhouse, which smelled of geraniums. Heaven and hell are the same: a black place from which there is no return.

The man trembled as soon as he saw me on the other side of the door. First I shot him in the right leg. He fell to the floor, hitting the furniture in the hall and hurting his ribs. I could almost hear them creak. His leg was bleeding badly and you could see some yellow and red bone through his pants. Although he was on the ground, he crawled to try to defend himself.

Then I shot him in the hand, destroying several fingers, which shattered, like someone breaking a jar full of bugs. They stained the walls of the house.

Then two more times in the stomach. Although I had two bullets left, I put the gun away.

We were enveloped by the silence that always follows a butcher shop. I closed the door of the house to have more privacy and I stayed there. Standing before him. looking at it Eyes nailed. Fixed on him. Guts spilling out from under his shirt and soaking the ground. Screaming in pain.

I thought I must be very scared. In addition to the burned and split skin and the offal spilling from his belly, he would notice the cold on his legs and arms. A cold that would eat his body little by little until he was stiff. He, who was a doctor, and one of the good ones, already knew how much time he had left in pain and how long before he stopped breathing altogether. He knew there was no escape.

He would never see his wife again, whom he did not love and I did. Nor would he see the daughter of the man from the tavern, the gypsy girl with whom he was actually in love and with whom he secretly saw each other. Not my face, full of anger, or already calmer thanks to her pain and her agony. I would never see my large, wounded face again, which I did not want the mirror to return to me. I will never lose that scar on my neck that, if I manage to grow old, the wrinkles may be able to hide.

Walking away from the village again, I passed by my mother's olive tree.

I ran my hand over the old bark, as one caresses a horse that has been ridden since childhood. Those dark stains of blood or saliva may or may not be mine. People were often hanged in those groves. They could be from any other unhappy. One who would not have had the same luck as me.

The woman from Cartagena found him three or four hours after he died. There was the usual weeping, women in mourning and all that. The men searched for the killer for several days. They didn't find him. Less than a month later, a new doctor arrived in town. He struggled to remove the blood from the mosaic floor, as if he had pierced it all the way through and had to lift it all up. Several of his sisters and cousins ​​worked on it.

Photos of the doctor will serve as a reminder. He never had children. I will have one, I think, to which I will give the same name as my father. I will give him, as my father did when he died, the pistol, two knives and two donkeys. My life and the doctor's life will, in the end, be the same.

Mine just a little longer.

1 The Mercat de les Flors claims the reflective circus... 2 The music that Teresa Berganza chose for her goodbye 3 A two-year-old boy dies run over by a motorcycle in... 4 Juliette Binoche, star of the San Sebastian Festival... 5 Jaume Aragall: 6 Il Volo cancels its concert at the Liceu due to covid 7 Snowfall: 8 The seamless voice of Teresa Berganza 9 Hidden network of large pits discovered around Stonehenge 10 Teresa Berganza, goodbye to a myth of opera 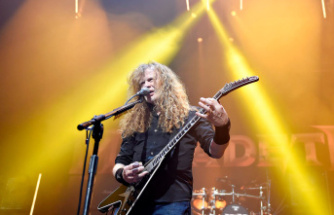 Metal Tour of the Year!: a great reunion 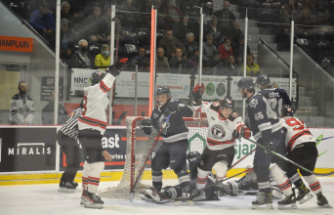 No question of giving up in the Océanic camp 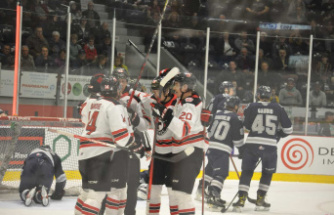 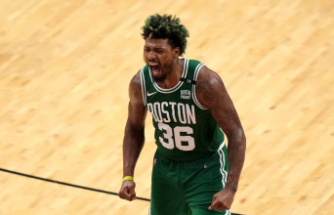 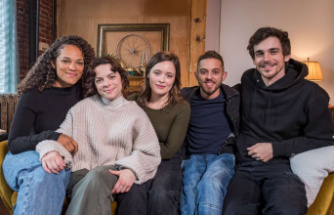 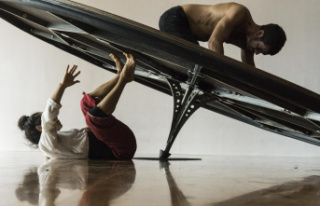